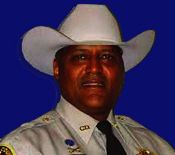 HARRIS COUNTY – Voters went to the polls for the second time this spring, to decide local choices for office that had not received a majority in the March 1st primary.

Turnout was low, as is customary in run-off elections. All of these candidates still face a general election in November to earn their seat.

In individual races, the one that attracted the most interest was for Pct. 3 Constable, between Michel Pappillion and Sherman Eagleton. Eagleton already worked for Constable Ken Jones, who is retiring. Eagleton won the seat with 65% of the vote, 3485 votes versus 1844 for Pappillion. In the November election he will face Republican Dan Webb.

In the Constable race in Precinct 2, Chris Diaz the incumbent was running against George Goffney, Jr. Diaz, who was mayor of Jacinto City previously, won with 73% of the vote, but will face the Republican challenger Daniel Vela in the November election.

An upset in both the primary and the run-off was the victory of Briscoe Cain over incumbent Wayne Smith for State Representative from District 128. Cain won by a narrow margin, 3045 votes versus Smith’s 3022, a difference of only 23 votes. It could be noted that there were 27 “under votes” or electors that did not vote a preference in this category, and could have made a difference. Smith issued the following concession statement after the count: “I want to thank the voters for the opportunity to serve. It has been my distinct honor and high privilege to have served the hard working men and women of District 128. Mr. Cain will now enjoy that same honor. For the past 14 years, I have worked on the issues that really impact the voters most. I leave with no regrets,” Smith concluded.

In the November election, Cain does not have a Democratic opponent, but will be opposed by Libertarian candidate Ken Lowder.

Another important office in Harris County was the position of Sheriff. In this Ed Gonzalez, a well known ex-city councilman, was opposed by Jerome Moore. Gonzalez defeated Moore with 57% of the vote, or 16,049 votes versus 12,311 for Moore. In the November election, Gonzalez will run against Republican Ron Hickman, who is the incumbent Sheriff.

In statewide elections, Jarvis Johnson defeated Kimberly Willis for State House District 139. This is the seat in Northwest Houston that was held by Sylvester Turner for 26 years.

An interesting match-up for the fall election will see Republican Lori Bartley, who won 57.8% of this vote, running against Democrat Sheila Jackson Lee in the U.S. House District 18.