Community enjoys day in the Park 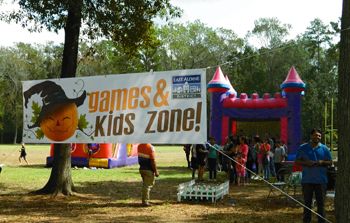 East Aldine’s Keith Wiess Park was the site of a family Fun Fall Fest for hundreds of kids and adults that spent the day in the beautiful sunny weather. 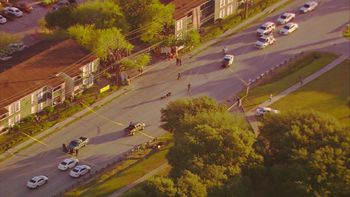 NORTHEAST – The community was shocked and saddened last week by two pedestrian deaths on Aldine Mail Route, as they attempted to cross the five lanes of busy traffic.

Authorities from the county, and Aldine school district as well as State Representative Armando Walle are conferring, to look for solutions to this dangerous situation.

On Monday, Oct. 24 at about 7 p.m. as it got dark, pedestrian Francisco Fuentes-Escobar was attempting to cross Aldine Mail Route, near Northwood Forest Drive. He was not in a crosswalk, however. He was struck by a 2003 Jeep Liberty, driven by Fernando Padilla, a 14 year old who was driving with friends, and on his way to pick up a relative. After hitting the pedestrian, he fled the scene, later returninga with his mother, who indicated he had taken the car without permission. He was arrested and charged with failure to stop and render aid.

On Wednesday morning Oct. 25 at about 6:50 a.m., another accident took the life of a 17 year old student at MacArthur High School. Jose Torres was crossing Aldine Mail Route in the dark, from his apartment home directly across the street, to the driveway of the school.

Because traffic was heavy in both directions, he stopped in the middle in a turn lane, waiting for a break. That was when he was struck by a pickup driven by by a 33 year old woman taking her own child to MacArthur. She was driving westbound in the turn lane, planning to make a left turn up ahead. However, authorities say she may have been exceeding the speed limit, which is 20 MPH in a school zone, and they estimated from evidence on the scene that she may have been travelling twice that speed or 40 MPH. However, to date she has not been charged.

State Representative Armando Walle told the Northeast News that he was driving eastbound that morning with his two boys, headed for their school. Just before 7:00 a.m. he came upon the accident, which had just happened. With no emergency personnel or police on the scene, he used his own truck to block oncoming traffic and protect the boy, who was lying in the street, fatally injured. He noted at the time it was very dark, and no School Zone lights were flashing, even though they were supposed to be on. He talked to the woman driver, and a few witnesses, but left as emergency personnel arrived and took over. The first to arrive was an Aldine ISD policeman around 7 a.m. and a Sheriff’s deputy supervisor shortly thereafter. The mother arrived shortly after that, terribly distraught.

Walle said that he is contacting county and school officials and the Sheriff to develop a solution to make the street safer. As of now, heavy traffic often speeds and ignores signals, witnesses said.

Torres was one of four children, and interested in a soccer career. MacArthur students are holding benefit fund drives for the family.