The storm came ashore near Freeport on Tuesday evening, and by Thursday had dropped massive amounts of water on Harris County and counties to the north and east of Houston, all the way to Beaumont.

The storm took five lives, three in Beaumont and two in Harris County. Authorities said a man drove into high water on Will Clayton Parkway in Humble, and another body of Rene Salas, 52, was found in a ditch near W. Mt. Houston.

Houston recorded as much as 10” of rain in a 24 hour period, and a total of about 20” in three days. Northeast Harris County, including Crosby and Huffman, recorded about 30” in that period, and a record was set in Winnie, in Chambers County, of 43” total for a storm.

Many of the same houses and neighborhoods that were under water two years ago after Hurricane Harvey suffered the same damage this time. Many who were interviewed expressed despair and depression over this continued personal disaster, and asked why the government had not done more. Last year the county passed a $2.5 billion bond issue to improve the flooding situation, but County Judge Lina Hidalgo stated that flood relief projects took time to plan and build. Some detention ponds and larger drainage bayous are under construction, and the county voted recently to accelerate the schedule.

END_OF_DOCUMENT_TOKEN_TO_BE_REPLACED

The event included a ribbon cutting ceremony and pronouncements from dignitaries to an audience of approximately 250 attendees.

END_OF_DOCUMENT_TOKEN_TO_BE_REPLACED 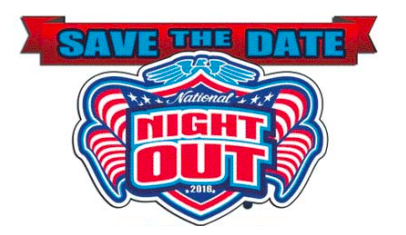 When it involves public safety, the North Houston District goes all out! Join neighbors, businesses and law enforcement for Houston’s largest National Night Out, Oct. 1.

END_OF_DOCUMENT_TOKEN_TO_BE_REPLACED

The Office of Commissioner Garcia and Harris County Engineering Department affirms their commitment to deliver sustainable infrastructure that enhances the economic, social, and environmental conditions in Precinct 2

HARRIS COUNTY, TX— Commissioner Adrian Garcia will kick off the design of the first roadway project in Harris County and the State of Texas that will seek Envision® Verification. The reconstruction of Kowis Street in East Aldine is intended to enhance the economic, social, and environmental conditions along the corridor between Halls Bayou and Precinct 2’s James Driver Park.

The proposed project includes reconstructing Kowis Street from the Halls Bayou Hike and Bike Trail to James Driver Park so that pedestrians, bicyclists, and drivers using the corridor and the adjacent property owners and tenants will realize improved social, environmental, and economic benefits.

“I have directed my staff to work with Harris County Engineering Department to develop a sustainability management policy that includes commitments to achieving improvements in sustainable performance with clear objectives and targets,” said Commissioner Garcia.