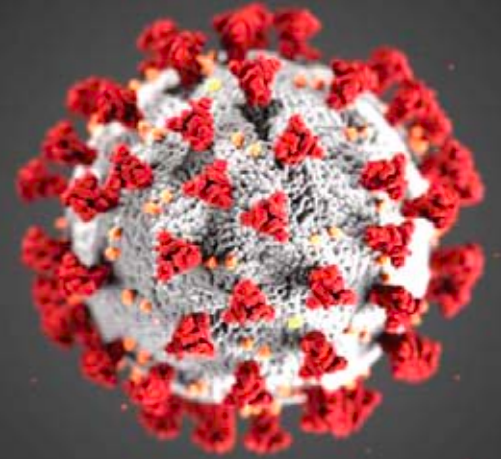 People around the world, including Harris County residents are experiencing the biggest changes in their whole life, due to the incredible spread of the Coronavirus known as COVID-19.

School closings, businesses and restaurants closed due to the public orders to “Stay Home Work Safe,” financial markets in turmoil, and medical facilities overwhelmed with patients that are sick and dying are the signs of the path of destruction that this virus has wrought.

Starting in Wuhan, China, it seemed that the problems were far away, but modern lifestyles including worldwide travel, brought the deadly virus into hundreds of countries in just a few short weeks. Every country has fought the epidemic on their own terms, but with thousands sick and hundreds dying, the World Health Organization soon labelled this disease a Pandemic.

In this country, federal officials and the President at first tried to minimize the threat and say that they had control of the disease, but eventually had to admit that there was a lack of medicines and medical supplies to properly deal with the problem.

In only a short time, since last February, Houston has seen a total of 1995 confirmed positive cases and 14 deaths. Harris County outside Houston has recorded 1052 cases and 20 deaths. Although the common flu is more prevalent each year than Covid-19, the new virus spreads faster and is more virulent, therefore more dangerous, say the medical experts. The U.S. has experienced 475,485 cases of the virus, with 17,925 deaths. Experts at the Center for Disease Control in Washington have predicted that the toll might rise above 1,000,000 deaths, and the president conjectured that it might be 2,000,000. But in a strange viewpoint, he said that would be a victory, since the toll could be higher.

Without a vaccine to defeat the virus, medical professionals are telling the public that the only way to control the spread is to stay 6 feet away from others, wash hands thoroughly and often, clean surfaces and don’t touch them unless necessary, and control your cough and cover it with a clean tissue.

Since the development of an effective vaccine may be months or years away, hospitals are trying to ease the severity of the disease in those affected with ventilators for their lungs, and medicines made for other purposes but showing some success in treating this virus.

In addition most local and federal governments have severely restricted travel, whether it is a Stay Home order as such from Harris County Judge Lina Hidalgo, or a forced 14-day quarantine for travelers arriving from outside the U.S. borders.

END_OF_DOCUMENT_TOKEN_TO_BE_REPLACED

ALDINE – The COVID19 virus continues to affect the lives of most everyone, and whether you have symptoms or just worry, people are looking for ways to take a test for the disease. Throughout the city and county, a number of free or paid test sites have opened.

Harris County is looking at an escalating count of positive cases of COVID19 flu, according to health officials. The 19 county area around Harris County has registered about 4,600 cases, as shown in the chart, and about 75 deaths. These figures have doubled in just a few days.

The county area has about a dozen locations where people can get tested for the virus. The most recent are located at 5230 Aldine Mail Route and in Cypress. MD Medical, which has clinics in both locations, will test you for free if you have insurance, or $165 without. Prescreening is required, by calling 1-888-776-5252. Results are texted to the patient in a day or so. Tests are available Monday thru Friday, 8am to 5pm.

Congresswoman Sheila Jackson Lee opened a third private drive-thru test site at Forest Brook Middle School last Thursday, working with UMMC, the United Memorial Medical Center. Testing at this site is free, and does not require prescreening. This is the third site she has opened in the area, including a site at 510 West Tidwell and another at the Smart Financial Centre in Sugarland.

Jackson said, “We have done this to save lives.” She said the choice of Forest Brook Middle School as a site was because census data indicated a high number of senior citizens who live in the area.

END_OF_DOCUMENT_TOKEN_TO_BE_REPLACED

ALDINE – One of the favorite deputies serving the East Aldine District has been hospitalized with the COVID-19 flu, according to the Sheriff’s office.

Sgt. Ray Scholwinski was listed in the ICU unit, in critical condition, according to Sheriff Ed Gonzalez.

Members of the Harris County Sheriff’s office held a prayer vigil last Wednesday evening, and two of Scholwinski’s sons attended. One read a note on behalf of the family, thanking the community for its support.

Scholwinski is assigned to Precinct 2 in Humble, and has been with the Sheriff’s office since 1994. He is part of the contract deputy group that serves the East Aldine District. There are 13 deputies and 2 supervisors in the group. Scholwinski was a presenter of crime statistics at the last Sheriff’s Forum held in February at the East Aldine offices.

END_OF_DOCUMENT_TOKEN_TO_BE_REPLACED

Harris County, Texas – March 31, 2020 — As the region continues to see growth in COVID-19 cases, County Judge Lina Hidalgo today announced she will extend the county’s Stay Home-Work Safe order to 11:59 p.m. on April 30. The order advises nonessential businesses to shut down and for residents to stay home except for essential activities.

“During this critically important time for our region, we need to maintain our efforts to drastically reduce public gatherings and activities,” Judge Hidalgo said. “The increase in cases we have coming into our hospitals, the projections from our healthcare leaders show this is by no means the time to go back to normal. We all see the case rate growing. Texas Medical Center CEOs commended the county’s decision in a joint statement, saying the extension is necessary to save lives and protect our patients, families and the region.”

The Stay Home-Work Safe order, which was first issued on March 24, allows “essential” businesses and workers to continue operations as long as social-distancing practices are in place. “The intent behind this order is to drastically limit public gathering and activities – a practice we know reduces the spread of COVD-19,” Judge Hidalgo said. “Any uncertainties that arise from this order should be resolved in favor of staying home or staying closed.”

END_OF_DOCUMENT_TOKEN_TO_BE_REPLACED

SAY “YES” TO CENSUS, BE COUNTED

HARRIS COUNTY – Since 1790, as mandated by the Constitution, Americans have come together every 10 years to be counted. This record of every person residing in the United States is important as it provides the basis for the reapportionment of congressional seats, redistricting, and distribution of over $675 billion in vital annual federal funds to support state, county and community programs across the country. For perspective, it’s estimated that our community lost millions of federal funding because of undercounting. This is important for residents of Harris County. In 2020, let’s make sure everyone counts!

By April 1, 2020, every home will receive an invitation to participate in Census 2020. There will be four options to complete: By phone, by mail, in person and, for the first time, online. Respondents will also have the opportunity to complete the census on their mobile device.

To ensure we are not overlooked, the City of Houston and Harris County have created the YES! TO CENSUS 2020 campaign, a local initiative inviting families, friends and neighbors to show pride in our communities by responding to the census.

HOW THE CENSUS BENEFITS OUR COMMUNITY

Federal funds, grants and support to states, counties and communities are based on accurate census statistics like population totals and breakdowns by sex, age, race and other factors. Our community benefits when we have more clinics, better schools, safe roads, and an expanding workforce. High-quality census data gives community leaders important information needed to make decisions about building community centers, opening businesses, and planning for the future. Standing up and being counted is an important way for individuals to impact where money to build and improve infrastructure is allocated across the U.S. This information is also critical to local disaster and emergency preparedness funding.

END_OF_DOCUMENT_TOKEN_TO_BE_REPLACED 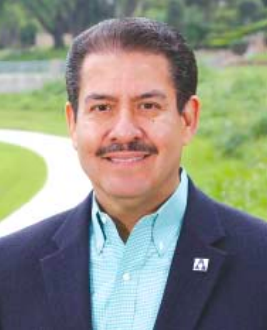 Harris County, TX — With the thought that no one should go hungry during the current Harris County Stay-At-Home order, and because many in elderly population already have difficulties getting out anyway, Commissioner Adrian Garcia is expanding the existing homebound senior daily free hot meal delivery program in Precinct 2. Any Precinct 2 resident who is age 60 or older possessing limited resources and is unable to leave their home due to illness, disability, or lack of mobility could qualify.

Seniors that qualify will receive daily, nutritious hot meals delivered directly to their door by Precinct 2 staff. Anyone who believes they are eligible for this service is asked to register on an online form on the Harris Co. Precinct 2 website (www.hcp2.com/ programs/precinct-2-mealprogram). Those without internet access are asked to apply over the phone via the Precinct 2 Hotline (713-274-2222) which is active Monday – Friday from 8 a.m. to 4:30 p.m.

END_OF_DOCUMENT_TOKEN_TO_BE_REPLACED

Free Meals by Precinct 2 at centers and parks, schools

The safety and well-being of our communities come first in Precinct 2. We understand that during this time food accessibility can be limited due to vacant grocery stores. To help, Harris County Precinct 2 is hosting a food distributions at parks (children only) and community centers (all ages) Below you will find flyers and information about what’s taking place this week (week of April 6th):