EAST ALDINE – The Aldine community held its first annual “ART FEST” last Saturday, May 22nd. The event took place at the Harris County High Meadows Branch Library, who were one of the co-sponsors the fest.

The idea behind the Art Fest was to involve the community, both children and adults, in participating art projects. The Art Committee of the East Aldine District plans to have many additional types of art and art projects throughout the community in the future, and on an on-going basis.

END_OF_DOCUMENT_TOKEN_TO_BE_REPLACED

HARRIS COUNTY – After last week’s announcement from the state GLO, local leaders in Harris County and the City of Houston were vocal in their unhappiness about the fact that almost no flood mitigation funds had been allocated for these two areas, in spite of the fact that Hurricane Harvey had devastated more homes and businesses than anywhere else in the state. Judge Hidalgo petitioned HUD, the federal department providing the flood funds to the state, to reconsider the criteria and allocate money to the local needs.

As a result, George P. Bush, director of the GLO, changed his original statement and promised the county that they would receive a block grant of $750 million without waiting for the second round of allocations. However, as told to this newspaper by a representative of the GLO, this money will come from the $2.144 billion sent to Texas for flood mitigation from Hurricane Harvey, rather than additional funding.

END_OF_DOCUMENT_TOKEN_TO_BE_REPLACED 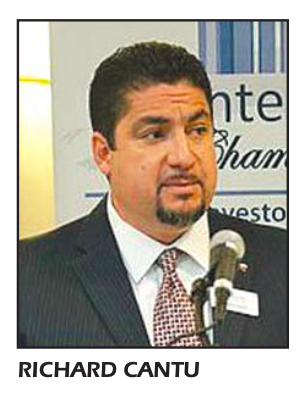 HARRIS COUNTY – The Harris County Department of Education held their annual election of officers of the board last week, and East Aldine’s deputy executive director Richard Cantu was elected as first vice-president. As a board member and officer, Cantu has championed education matters for the underserved of the district and the county. He also serves on the board of the Aldine Education Foundation, and several advisory boards for HCC and LSC.

Norris, who began his term in January 2019, is a principal partner of Norris & Norris LLP and is a past president of the Houston Lawyer’s Association. A native Chicagoan, Norris holds a chemical engineering degree from the University of Houston and a law degree from Texas Southern University’s Thurgood Marshall School of Law.