Installation scheduled for this year on JFK Boulevard

EAST ALDINE – The East Aldine District Arts Committee, with Carlos Silva as chairman, has released new artist’s renderings of the proposed memorial statue that will be mounted in the esplanade of JFK Boulevard, at the Arline-Bender intersection.

Silva reported to the East Aldine board recently that the statue, which is a bust of the late president John F. Kennedy, is scheduled for construction and installation later this year. However, the consulting engineers, CobbFendley, reported that the cost for the granite base and the surrounding landscaping and pavement development had exceeded the budget, and they were working on a redesign that would cost less money.

A huge bust statue of the late president John F. Kennedy will soon mark the northern edge of the District, and greet travelers arriving from Intercontinental Airport.

The Art Committee of the East Aldine District has recommended to the board the purchase and installation of a unique statue of JFK, sculpted by famed artist David Adickes. Adickes is known for the towering statue of Texas hero Sam Houston, which sits along the highway I-45 in Huntsville. The board agreed, and last year approved the purchase and the cost of engineering the installation.

END_OF_DOCUMENT_TOKEN_TO_BE_REPLACED

HARRIS COUNTY – The Municipal and Local primary election will take place on Saturday, May 7 with a low voter turnout expected by authorities. No major candidates are on the ballot, only two state constitutional amendments and a number of bond issues for local districts, and local candidates.

Since the main issues on the ballot have to do with two Constitutional Amendments that may lower your taxes, State Senator Paul Bettencourt has issue the following analysis (edited) to aid all voters:

END_OF_DOCUMENT_TOKEN_TO_BE_REPLACED

EAST ALDINE – BakerRipley has announced that Rosalva “Rosie” Hernandez is the new Manager of Community Development for our BakerRipley East Aldine Campus!

Rosie has been with BakerRipley since 2017. She started off in our Youth Program as a Community Youth Assistant at Gulfton and then got promoted to a Community Resource Specialist working with the Community Center team at Gulfton in 2018. Rosie transferred over to East Aldine in 2019, which is where she grew up and has lived her whole life. She spent some time on our Rental Assistance Team as an Intake Eligibility Specialist for about a half year during the pandemic. Rosie has always stood out as a leader in all the roles mentioned. Her dedication and passion for serving the community has always been exemplary. She takes the time to listen and take proactive action. This combined with her in-depth knowledge of and connections with the community, is what made her the best choice for Manager of Community Development for the BakerRipley East Aldine Campus.

END_OF_DOCUMENT_TOKEN_TO_BE_REPLACED 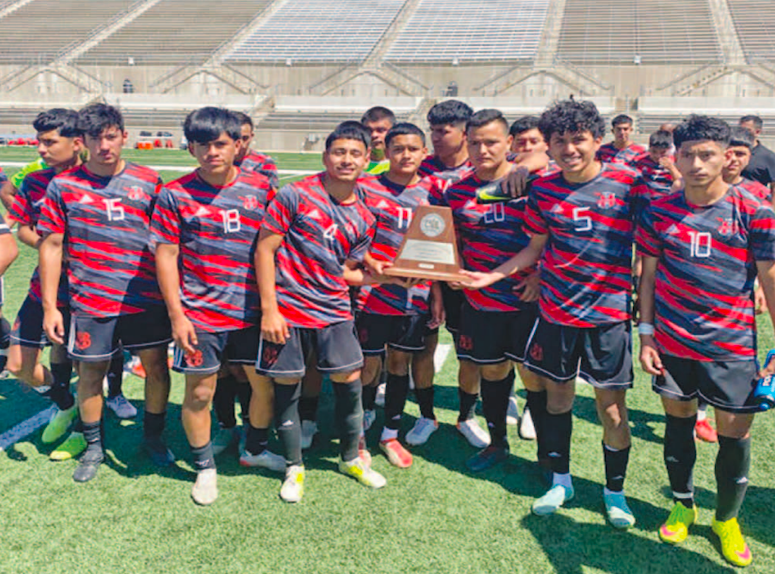 The MacArthur High School Generals soccer team had a playoff run for the ages this season.

The Generals, who finished second in District 14- 6A, won four straight playoff games and were one game away from qualifying for the Class 6A State Soccer Tournament when their historic run was cut short with a 2- 1 loss to The Woodlands in the Region II Finals on April 9 in Austin.

The Generals opened the postseason with a bi-district win over College Park, then defeated Tomball in the area round, Klein in the third round, and No. 10-ranked Duncanville in the Region II Semifinals before dropping a hard-fought contest to The Woodlands.

The 2022 Generals made history by going further in the playoffs than any previous MacArthur soccer team. While head coach Salvador Fernández was sad to see the season end, he was incredibly proud of how his young team performed in the postseason and is excited about the future.

“I am very proud of the team,” Fernández said. “We overcame a lot of adversity together. The team fought hard in every game this season and became a solid unit.”