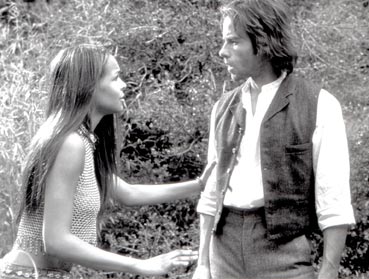 The idea of time travel has fascinated people for years. Just look how many movies have been made involving the concept: the Back to the Future, Terminator and Planet of the Apes films, Peggy Sue Got Married, Timecop, 12 Monkeys, Stargate and enough others to fill columns.

For the third time, but surely not the last, H.G. Wells The Time Machine is in theaters again.

Thankfully, its a satisfying ride through the past and future chock-full of relevant messages for the present. The Time Machine may start out slow and contain moments of illogical silliness, but its involving, exciting old-fashioned fun.

Time can be enjoyed as strictly mindless escapism if you chose, but if you care to step it up a notch  it can be thought provoking in regard to the nature of progress and evolution, how machinery can stilt our emotional well being and how people are more important than things.

Interesting note: director Simon Wells (The Prince of Egypt), in his live-action debut, is the great-grandson of the author  at least according to the press kit for the movie.

Interesting note number two: Alan Young (of Mr. Ed fame), who played David Philby  the time travelers friend in the first movie  has a cameo as a flower seller this time around. Mark Addy (The Full Monty, A Knights Tale) is the caring Philby in this version.

Interesting note number three: the exotic young lady who plays Mara is a popular singer and songwriter in her native Ireland. Samantha Mumba, in her feature film debut, is of Irish and Zambian descent. Also making his film debut as Maras young brother is Mumbas brother Omero.

Since Im not familiar with Wells original work, any comparisons refer to the popular 1960 version of the movie with Rod Taylor, which Ive not seen for at least a dozen years.

This time around the time traveler does have a name. Guy Pearce (Memento) plays Alexander Hartdegen, an overly earnest, absent-minded professor who pays more attention to gadgets and numbers than he does his love. That is until she dies. In an effort to change the past, Alexander builds a time machine.

He realizes that even going back in time cant change the destiny of his love so he travels ahead to find answers in the supposedly enlightened future.

Things go wrong  as they usually do when one fools around with this kind of stuff  and after two interesting, but unsuccessful trips to the mid 2000s hes hurled so far into the future that its as if time has turned the circle and started over again. It turns out that we have de-evolved and live in really cool bird-nest like structures on cliffs for really un-cool reasons.

There are nasty people who live underground and emerge only to catch food. Guess whos coming to dinner?

The Morlocks are ruled by Jeremy Irons (Reversal of Fortune), one of the greats at playing evil.
The original was noted for its special effects. Well, its no surprise that the effects are even better this time. Especially memorable is Orlando Jones (The Replacements, Evolution) as one cool library database.

Dont think about how the database  a hologram figure on large glass panels  could possibly still be working thousands of years later. Also, its difficult to understand why the bad guys dont just kill Alexander or take his machine immediately. There are other questions better left unasked  like the whole time travel concept to begin with its best that you just enjoy.

Try not to hate Pearces acting before his girlfriend dies, he gets better. I blame the director for his intense goofiness. After her death, his character changes and is more interesting  or maybe its the movie as a whole thats more interesting, thus making him less irritating. Rated-PG-13 for intense sequences of action violence