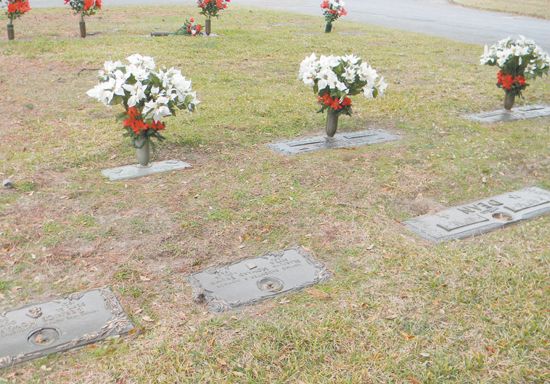 Lt. Jeff Stauber, from the robbery and theft division, said the theft occurred sometime between the evening of Nov. 5 and morning of Nov. 8 at the 290-acre cemetery in the 13000 block of the Eastex Freeway.
Brookside says that the urns stolen are the kind used on gravesites to hold flowers. Cemetery employees found the urns missing, but the flowers placed back on the graves.
Stauber said that it appears as though the urns were taken and sold for scrap metal. In total more than 2,100 pounds of brass was taken.
The cemetery said that it is replacing all the stolen urns. With costs ranging between $300 and $400, the cemetery estimates the loss would have been $120,000.
A break came in the case when a Houston scrap metal dealer purchased the urns from a dealer in unincorporated Harris County. Noting that the sale was suspicious, the dealer contacted Houston Police.
Because of the scrap dealer’s reporting of the incident, Brookside was able to recover 310 urns.
Stauber said that the urns were likely sold outside Houston first because the county does not have as stringent rules concerning scrap metal sales as Houston does. In Houston, someone wishing to sell scrap metal must provide a government-issued ID and thumbprint. License pate and vehicle descriptions are also recorded.
If convicted the seven face up to 20 years in prison.