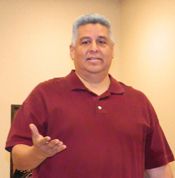 NORTHEAST – Residents in the Castlewood subdivision area of Aldine are upset with the increase in their water bills. According to residents, the Suburgan Utility company has added a $60 surcharge to homeowners bills. In some cases, this represents twice as much as their regular bills.

The utility company sent notices out several weeks ago, that they would be adding the surcharge. Hundreds of angry residents signed a petition against the charge, and contacted State Representative Armando Walle. He characterized it as a “money grab” and not a legitimate need for funds to improve the service.

In fact, residents such as Steven Adame say the water service is very unsatisfactory, often with no water at all. He said that calls to the Suburban Utility do not provide a satisfactory answer, only “we are working on it.” Adame was at last week’s East Aldine District board meeting, to ask for help in dealing with the company. District president David Hawes said that they had budgeted $75,000 for the 2014 year, to hire attorneys and expert witnesses to work with the state to improve the rate situation. 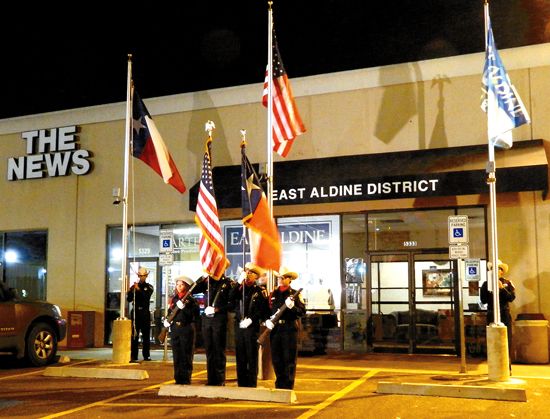 EAST ALDINE – The District held their regular board meeting last Tuesday night, but started it with a special flag dedication ceremony in front of their offices on Aldine Mail Route.

With the encouragement of board chairman Gerald Overturff, the district installed three new flagpoles to mark the office and honor the American and Texas flags, as well as a new flag with the EAMD District logo.

The Sheriff’s Explorer Post #42 was on hand, under the direction of Deputy Terry Garza and school counselor Marva Flerilroy. The Explorers presented colors with their Color Guard, and raised the flags to start the evening.

The district board then conducted their regular monthly meeting, with a full agenda.

The evening started with comments from several residents of Castlewood subdivision, concerned about recent large increases in their water bills. Speaking were Steven Adame and Wanda LeBlanc. President Hawes explained that the district has hired an attorney to work with legislators and agencies in Austin, to monitor and mediate the private water companies in the county and state, and give customers more consideration in their utility bills.

This was followed by a presentation from the Boy Scout Pathfinders, with a thank you to the district for the support of their program. Juan Failde, district director, was present for this as well as five members of the troop. The East Aldine District contributed $33,000 in their budget for 2014 to support over 1200 boys and girls in this program.

Following this, members of the HCSO Explorer’s Post #42 also made a presentation, and a thanks to the district for support through the year and for the program that has won awards. The District has made a $12,000 grant in this year’s budget, for college assistance for 12 MacArthur students enrolled in the program.

The board then continued with their regular business. In January they held a budget workshop, setting goals and budgets for the whole 2014 year, and at this meeting they voted to implement many of these decisions.

The income from sales tax collection is expected to be about $6 million dollars, according to Jack Roland, the district’s accountant.

Expenditures were set in very broad terms as follows:

Community Development, $312,483 including scholarships and other initiatives.

Other funds were transferred to capital improvements and surplus.