Sconzo named Texas nominee for 2007 National Superintendent of the Year 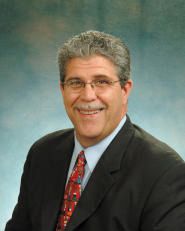 Humble ISD Superintendent Dr. Guy Sconzo has been chosen to represent Texas in the 2007 National Superintendent of the Year Program. A Texas Association of School Administrators committee selected Dr. Sconzo for the honor based upon the criteria of leadership for learning, communication, professionalism and community involvement.

As the state nominee, Dr. Sconzo will be honored in March during the American Association of School Administrators National Conference on Education in New Orleans. A national winner will be announced at that time. The program is co-sponsored by the American Association of School Administrators and ARAMARK.
Dr. Sconzo is indeed most worthy to be named National Superintendent of the Year, Johnny L. Veselka, executive director for the Texas Association of School Administrators, said.
Dr. Sconzo has been Humble ISD superintendent since 2001 and has more than 30 years of experience in education. During his tenure with Humble ISD, voters have approved $572 million in school facility bonds and the district has opened four new elementary schools and a new high school. Humble ISD has grown by more than 6,000 students. Continued growth and additional schools are planned for the future.
Dr. Sconzo is known for his inclusive working style, rapport with teachers, students, parents and community members, and tireless work ethic.
He goes far beyond what might be expected of any superintendent, Dr. Bonnie Longnion, president of the Humble ISD Board of Trustees, said. He is at his desk every morning at 6 a.m. sending out communications to the board, community, and employees. He responds to every e-mail that he receives. He makes multiple visits to each school. He knows almost every employee by name, and he addresses them by name.
As an effective communicator, Dr. Sconzo was one of four superintendents in the state chosen to testify in a landmark school finance case. His local community involvement includes serving as Humble Area Chamber of Commerce Board Chairman, Flaming Arrow District of the Boy Scouts of America Chairman and Northeast Medical Center Hospital Board Member. He also is a past member of the Lake Houston Family YMCA Advisory Board.
I am deeply honored and humbled to be the state nominee, Dr. Sconzo said. This award reflects on everyone. My work would be meaningless if it werent for the teachers and staff members who strive every day to help students learn and grow, and for the parents and community members who strongly support education.
Before coming to Humble ISD, Dr. Sconzo served as interim superintendent of Oklahoma City Public Schools. He also has been an associate superintendent, middle school principal and English teacher. He earned a bachelors degree from Wagner College, a masters degree from New York University and a Ph.D. from Ohio State University. He and his wife, Diane, have two grown children, Michael and Jennifer.

HUMBLE More than half of Humble ISD campuses have been named exemplary or recognized schools under the states accountability system. The state released official accountability ratings on Aug.1. Eighteen out of 29 schools received exemplary or recognized ratings. Eleven schools received an academically acceptable rating. Humble ISD, as a district, also received a rating of academically acceptable. No Humble ISD campuses were rated unacceptable in 2006.
I am very excited about the results weve seen with years state accountability ratings, Superintendent Guy Sconzo said.