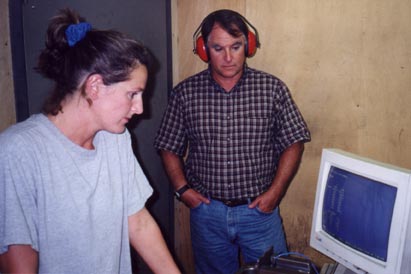 Shooting over a hot dove field or popping at fast flying teal buzzing over shallow pot holes, shotgunners can burn up a lot of shotshells. In the real world of wingshooting, it is a well-known fact that misses are more common than hits during these early seasons while gunning for the tiny gray bullets called dove and the little speedster, the diminutive teal duck.

Surveys indicate that the average shotgunner, nationwide, bags only about 3 or 4 dove per box of 25 shells. Some quick math indicates that for the average shooter, it takes 75  100 shots or 3 or 4 boxes of shells to bag his limit of 12 birds. This is equivalent to 7-8 shots for every bird in the bag. The fun of bird hunting has to be the challenge of trying to hit the acrobatic little dove.

With the volume of shooting during these early seasons, it is no wonder that the standard joke among shotgunners is that for the shell manufacturers, it is Christmas in September.
Because of the number of boxes of shells gone through by the average shotgunner during this time of the year, more attention is paid to the price per box than to quality of the shells. During these seasons, all the big sporting goods stores run specials on low-brass field loads at cheap prices. Buying up shotgun shells for the dove season is almost always price driven. Not a lot of attention is paid to quality.

Recently, I dropped by the offices of Rick Shoupe, the director of sales for Estate Cartridge (936-856-7277) near Conroe. Rick is a long time friend and has been in the ammo business all of his adult life. (I wont mention the details of the trouble he got into as a youth while conducting experiments with gunpowder and shot in his fathers garage.) Since he has been shooting it during his many years as a waterfowl guide, testing it, or selling it, Rich is as knowledgeable as anyone in the business when it comes to ammunition.

Shoupe has been with Estate Cartridge about ten years. He has seen the company go through a tremendous expansion period. The company was founded in 1982 by avid shotgunner Paul Butaud. He started making custom shot shells for a small circle of friends and faithful customers who wanted a more quality custom shell than they could normally buy over the counter.

About the time Rick was lured away from Remington, one of the big three ammo manufacturers, in 1991, Estate launched into the commercial market with low-brass dove and quail loads that were superior in quality to the field loads already on the market. With Ricks guidance, the volume of shells that the company produced vastly increased.

With the changes in federal regulations requiring shooters to use non-toxic shot loads while hunting migratory birds such as ducks, geese, and sandhill cranes, Estate started producing a line of steel shot.

Every knowledgeable shotgunner has heard all the arguments and knows that with all things being equal, steel shot does not perform as well as lead.
The key word here is velocity, Shoupe explained. You have to make a quality shell that performs at over 1400 FPS (feet per second) to be effective. We make sure that all of our steel shot tests up to those standards.

Because of the changes in shotshells, most of the newer shotguns come chambered to handle the 3 and 31/2 high-velocity magnum shells designed for better performance and power, especially when shooting big birds such as geese.

One of the highlights of my visit to Estate was a tour of the plant where the shells are actually assembled and tested to exacting standards. All the machines are the latest in computerized, high-tech equipment. A sampling of each batch of shells is fired and tested to make sure they meet the high tolerances of EPS, velocity, and other performance capabilities. Running at capacity, these machines can crank out over 1,000 cases of shells per week.
The latest venture for Estate Cartridge is their introduction of a line of centerfire rifle cartridges. They are a premium Speer Hot-Cor shells built to Estates exacting specifications. They are available in major sporting goods stores in all the popular centerfire rifle calibers.

My trip to Estate Cartridge gave me a whole new understanding and knowledge about the shells we shoot during our hunting pursuits. As I was leaving, Shoupe told me, I cant guarantee these premium shotgun shells will help you hit any more birds, but I can guarantee that you will notice a difference in the performance of your shotgun, especially on those long shots.