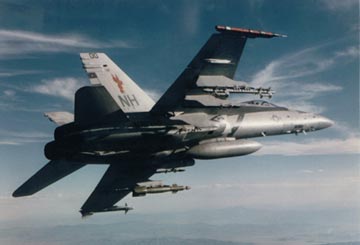 Saturday, October 20 and Sunday, October 21, the heavens will roar and the crowds will marvel at an aviation spectacular unequaled in the Southwest.

At the 17th annual Wings Over Houston Airshow Festival, visitors will be surrounded by the sights, sounds and feel of the wonderful world of aviation – from the once-in-a-lifetime Airpower Armada featuring 100 warbirds in a historic flyover to the Texas Monster Truck King Krunch. Held at Houstons Ellington Field from 8 a.m. to 6 p.m. each day, this event will entertain and educate festivalgoers of all ages.

Jet fighters and heavy bombers will rip through the sky as this years Wings Over Houston Airshow Festival features an exciting display of the Official Fighter and Bomber Teams of the United States Air Force, Navy and Marines. An impressive parade of modem state-of-the-art military hardware and flight skills will be showcased, including thunderous turns from the U.S. Navy Official Fighter Demo F-14 Tomcat, AH-64 Apache Helicopter, F-16 Falcon, and F-18 Super Hornet and the awe-inspiring size and agility of the U.S. Air Force C-17 Globemaster.

Back by popular demand, the massive B-52 Buff fly-by with pyrotechnics and other modem military demonstrations (subject to availability) will participate in the Wings Over Houston Air Power Bombing Demonstration. Houstonians wont want to miss this explosive bombing run.

As an added bonus, Airshow goers will have the opportunity to experience Tora! Tora! Tora! – a world-famous explosive recreation of the bombing of Pearl Harbor. This and other World War II air power re-enactments will bring history a1ive. More than 100 vintage warbird restorations also will be in attendance, including several aircraft that participated in the filming of Touchstone Pictures (Disney/Buena Vista) epic, Pearl Harbor.

This years show will feature all of the thrills, speed and noise that people want to see and hear at an airshow, said Jack Amuny, Wings Over Houston Airshow Festival managing director. Wings Over Houston is more than entertainment and excitement – its an opportunity to learn more about Americas rich aviation heritage.

For the first and only time in Houston, Wings Over Houston Airshow Festival will present a historic Gathering of Eagles with more than 100 WWII warbirds in an unprecedented flyover. This spectacular event will feature the only flying B-29 Super Fortress in the world, a B-24 Liberator, 3 B-I7 Flying Fortresses, 4 B-25 Mitchells, 4 P-51 Mustangs, 2 British Spitfires, and dozens of other unique examples of Allied and Axis airpower. The Airpower Armada represents the aircraft that served as the backbone of the air forces of the great nations during WWII. The Airpower Armada honors not only the airplanes, but more importantly the men who flew and maintained them.

On October 21, this years Festival will feature the 2nd annual plane pull competition challenging corporations, volunteer groups and affinity associations in teams of 20 to pit their combined strengths against each other to benefit Houston-area childrens charities by moving a 757 aircraft 12 feet against a stopwatch.

The Airshow is a complete festival of aviation and entertainment. Patrons can wander through rows of vintage World War II planes, modern-day military aircraft and a World War II military camp complete with re-enactors and can visit the popular Kids Carnival and the M-4 Reactor Motion Simulators, Again this year, the U.S. Navy is offering guests the opportunity to feel the speed as they experience a virtual flight with the Blue Angels.

Airshow gates open at 8 a.m. with aerial performances from approximately 10:00 a.m. until 4:15 p.m. Admission is $15 for adults, $5 for children 6 through 11 and free for children 5 and under. Reserved Prime View seats at the 50-yard-line, with reserved parking, are $30. Eagle Squadron Hospitality Area tickets are $100 and include reserved seating, catered food and beverages throughout the day, reserved parking and a souvenir cap, program and poster.

Wings Over Houston is a non-profit 501(0) (3) community event produced by an all-volunteer effort of the Gulf Coast Wing and the West Houston Squadron of the American Airpower Heritage Group, with support from the Lone Star Flight Museum in Galveston, dedicated to showcasing vintage World War II aircraft along with the thrills of modern aviation. One of the top four airshows in the United States, the event attracts tourism into the Houston area and has supported a variety of local and national charities during its 17-year history.