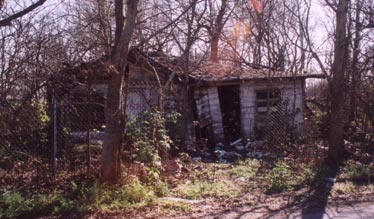 At the monthly meeting of the Aldine Community Improvement District Board of Directors, Representative Kevin Bailey, presented a proposal to set the wheels in motion to bring clean water and sewer service to one neighborhood in the district.

The process will begin with an application by the Improvement District to the Texas Water Development Board for a planning grant. If approved, the funds will be used to develop an overall plan for a pilot project to construct water and/or sewer services in one designated neighborhood.

The purpose is to establish the feasibility of bringing those services to the many areas in northeast Houston that lack them now, and to better determine the cost of such a project.

Application for the grant will entail no expense to the District because its portion of the cost (25%-50%) will be covered by the donation of engineering services by Harris County and legal services by the firm of Bracewell & Patterson.

Once the planning grant is received, the ACID Board will hire a consultant/project manager to oversee development of the plan will include selection of the pilot neighborhood, engineering studies and cost estimates, necessary legal work, and, most importantly, identification of funding sources.

Funding sources might include additional grants, loans from the Texas Water Development Board, funds from Harris County, funds generated by fees or taxes in the area of service, Community Development Block Grants or private donors.

The Board voted to authorize application for the planning grant.

In other action, the Board, heard a presentation by a representative of the North Corridor Coalition, a group that seeks to educate the community and build support for METROs 2025 Advanced High Capacity Transit Plan, the first leg of which is the downtown to Dome light rail project. The North Corridor represents an extension of that line somewhere between I-45 and the Hardy Toll Road from downtown to the Woodlands. The Board was asked to join with other civic and business organizations in endorsing the North Corridor Coalition. A resolution of support was adopted following unanimous approval by the board members.

Board member Leland Jauer was appointed investment officer for the District and the Investment Policy that will guide his decisions was adopted by the Board. The Board also approved the Districts Code of Ethics and voted to ratify action taken by the Chair in regard to Ameritechs recent application to operate a medical waste transfer facility on Interdrive East.

The Board of the Aldine Community District meets at 7:00 p.m. on the third Tuesday of each month in the community meeting room within Jeds ACE Home Center at 5415 Aldine Mail Route. The public is invited to attend and offer comments during a specified period at the beginning of each meeting.