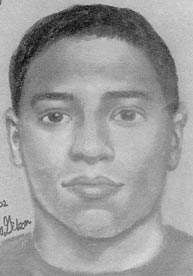 This weeks Crime Stoppers report involves the robbery and attempted sexual assault of a woman in southwest Houston.

The victim resisted and eventually the suspect stopped. The suspect took a bracelet from the victim and then went through the victims house looking for more jewelry. The suspect returned to the victim, grabbed her around the neck and began choking her.

The victim, fearing for her life, broke free and ran out the front door for help. The suspect fled on foot. She was taken to a local hospital where she later suffered a mild heart attack as a result of her ordeal. Anyone with information in regards to the case, on the identity or location of the suspect responsible for this robbery and attempted aggravated sexual assault is urged to call Crime Stoppers.

CRIME STOPPERS will pay cash rewards of up to $5,000.00 for information that results in the arrest and charging of a suspect or suspects in any felony crime.