The Shell Game: Playing the Odds on Bay Fishing 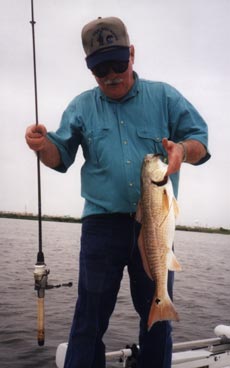 Any way you look at it, fishing is a gamble. Since there is a little gambler in all of us, it is the element of risk and the game of chance that draws us to fishings uncertainty and excitement.

Every time we make plans to launch a boat or slip a wading shoe into the waters of the bay, we are taking a gamble. We gamble on the wind, the tides, the feeding cycle of the fish, and the water temperature. We gamble on whether the fish are gathered into school or are scattered all over the bay.

While there are no sure bets in fishing, you need to stick to methods with the biggest percentage of winning and catching fishy. The shell game is one of those long-time proven methods. Im not talking about the old slight-of-hand trick. Im talking about the methods of fishing the shell reefs that are odds-on favorites.

The numerous shallow bays along our sprawling Texas coastline are dotted with countless small shell and gravel reefs that can be magnets for feeding schools of fish  This is especially true for the Galveston Bay complex, Texas largest bay system.

In addition to the giant Galveston Bay, the bay system also includes Trinity Bay, East Bay, West Bay, and Christmas Bay. All of these bays contain numerous reefs of different sizes. Some of the large structures are prominent names on bay fishing maps and others are small, no-name patches of shell or gravel.

Although many of the bay systems reefs are oyster shell, both alive and dead, others can trace their origins to oil drilling in the bay. Over the many years of oil exploration, shell pads and drilling rig support platforms have been poured on the bottom of the bay, creating artificial reefs. These pads and rig supports also create havens for feeding fish.

The major trick to fishing these natural and man-made reefs is to know where they are and how to fish them.

As with fishing any structure, the best method is to treat the main body of the reef as the primary structure. Game fish will school up in the area, but will seldom be found on top of the main reef. More likely, they will be found on secondary structures, such as rocks, small patches of shell, or variations in the bottom contours close to the main reef.

Colder water temperatures can make locating the fish harder than normal for the average fisherman. Working around a shell reef in close proximity to a mud bottom can narrow the odds in the fishermans favor. The soft mud bottom holds heat better than shell, gravel or sand. As the rising sun warms the surrounding shorelines, the warmth is transferred to the mud bottom.

Large areas such as Confederate Reef and the Greens Cut area in West Galveston Bay are prime examples. During warming trends, both will hold fish due to their close proximity to soft, shallow bottoms.

During the warming tides of spring, the shell structures become more important to the fish as well as to the fishermen.

In the slightly deeper waters of East Galveston Bay, the fish will move into the warming waters to feed on small bait fish and shrimp along the many structures such as Hannahs Reef.

Locating a shell reef in any bay is just the beginning. Some may be holding fish and others may be empty. Making an effort to locate several different reefs will increase your odds on finding fish.

There are some things to look for that will tip off the fisherman to an area where fish are actively feeding. One of the most obvious signs of feeding fish is flocks of low circling birds diving and feeding in one small area. Another is shrimp and small baitfish jumping and nervously moving on the surface.

During a typical feeding frenzy, shrimp will leave the soft bottom to flee a roving school of hungry speckled trout or feeding redfish. When they head for the safety of a reef, they get trapped over the top of the shell with nowhere to go but up. When the hapless shrimp tries to jump to freedom from the surface, he is gobbled up by a diving sea gull.

For the poor shrimp, its a choice of being eaten by a hungry fish or being a bite for a hungry bird.
Finding feeding slicks is another tip to locating fish, especially around shallow reefs. These slicks are easy to spot on a fairly calm surface.

They are caused by schools of feeding fish as they gorge themselves then regurgitate so they can continue feeding. This regurgitation forms a type of oil slick on the surface and has a distinctive fresh smell like watermelon or freshly cut green grass.

In fishing the feeding slicks, watch for the smallest and freshest smelling ones in the area. Once the slick has spread and started to dissipate, the school of feeding fish has probably moved out.
This spring, whether you are wadefishing, drifting the reefs or fishing under the birds, working the shell reefs can produce some of the hottest bay fishing on the Texas coast.

You can bet on it!