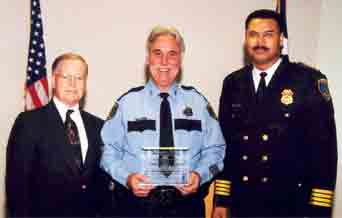 After 30 year of service, Officer Randy Melton recently retired from HPD. His most cherished assignment was his position as Citywide Coordinator for the Positive Interaction Program that trained officers to relate to the deaf and hard of hearing. Pictured from left to right are Wade Hudson, Citywide P.I.P. Chairman, Officer Randy Melton and Police Chief C.O. Bradford.

END_OF_DOCUMENT_TOKEN_TO_BE_REPLACED

IN LOVING MEMORY OF

Its hard to realize that you are gone
I sit here and think of you from dusk to dawn.
You left me so sudden I still dont understand.
You were always there when I needed a helping hand.
I always knew that someday God would take you home.
I just didnt expect to be left alone.
Everyone seems to be handling it very
Although Im quite inside I just want to yell.
I always catch myself wanting to cry.
God you took her, I want to know why.
I know shes not suffering and resting in peace.
I wish you wouldnt have gotten sick because
I didnt want her to leave.
When days are gloomy she made them bright
When it was dark she made me see light
She always wanted the best for me
I didnt listen back then but now I finally see.
She used to take me places to eat. When I liked
a boy she made sure we meet.
Through all my problems she would help me solve.
Even if I didnt want her to be, she was always involved
She helped me when I was down. Shed make me
smile and take away my frown.
Shed listen to me complain and cry
I wish she was still here and thats no lie.
The way I feel for her will never fall apart.
GOD please tell HER she has a SPECIAL place in my HEART.
Love Always,
The Valdez Family
Daughters: Denise, Savannah, Alexis
Sons: Daniel and Issac
Son-in-Law: Danny
Favorite Nephews: Patrick and Eric
Mom: Maria
Dad: Alex
Brothers: Willie, Anthony, Alex Jr., Ricky
Sisters: Elizabeth, Mary, Connie
Numerous nieces, nephews, aunts and uncles
May you rest in peace!

END_OF_DOCUMENT_TOKEN_TO_BE_REPLACED

DeHoyos, a recipient of the Kenneth E. Hudson, the Proetz, and the Alejandro Ramirez scholarships, was among 2,515 students who received degrees at the universitys 141st Commencement ceremony, held in Brookings Quadrangle on campus. She is a 1998 graduate of MacArthur High School.

During the universitys Eliot Honors Convocation, held May 9, DeHoyos also was recognized for election to the Golden Key National Honor Society, a national honor society for scholastic achievement and excellence for juniors and seniors, and was awarded the Irving L. Sorger Award in Core.

The university offers more than 90 programs and almost 1,500 courses leading to bachelors, masters, and doctoral degrees in a broad spectrum of traditional and interdisciplinary fields, with additional opportunities for minor concentrations and individualized programs.

END_OF_DOCUMENT_TOKEN_TO_BE_REPLACED

Glad to Report that Minority fascinating 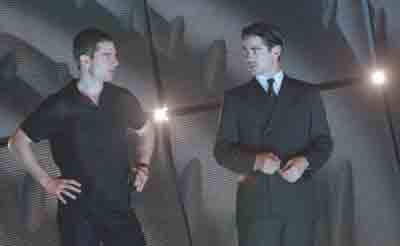 Its doubtful that theres anyone who watches television or looks at the covers of magazines that doesnt know who Tom Cruise is; and even people who are not movie fans know that Steven Spielberg is a film director.

So teaming up two of the biggest names in movies seems like a match guaranteed to please. It sure pleased me, but I also recognize that Minority Report might not be to everyones liking. Its dark, its creepy, its thought provoking and its near genius filmmaking.

I look forward to seeing it again, but a friend who attended the screening with me thought Minority was long and somewhat boring. What does she know? Shes barely a movie fan. She predicts it will only do fair at the box office – bang up to begin, then petering out – she might be right abut that, but in the long run, I predict it will be considered a great movie.

One thing my movie-going friend is right about, Minority Report is better than Spielbergs last film A.I. There are some similarities: manly a bleak future where trying to hide from the authorities is quite difficult.

Minority is a tighter film with an even pace and a clear message about power and the abuse of power in the guise of helping prevent crime. This is a timely message as we try to battle terrorists in this country. Do civil rights matter if youre fighting terrorists?

You will probably laugh at the scenes in a mall in which signs recognize shoppers because it is funny, but its also, sadly, too close to the direction we are going in marketing to individuals.

Minority grabs you from the opening scene where Cruise manipulates a large clear computer screen (by waving his hands) in order to investigate a murder before it takes place and then goes into his best Mission Impossible mode to actually catch the future killer just in the nick of time.

There are judges involved during the investigation process so that once you are actually caught but before you commit the crime you have also been tried and hauled away to a high tech prison. Everything is high tech because the action takes place in 2054.

Cars dont yet fly, but the autos of the future are different in very cool ways. The transportation methods and robotic spiders that read a persons pupils make the movie worth watching to say nothing of the twists and turns, unique chases and perfect composition of shots by Spielberg.

Cruise is Chief John Anderton the top cop in the Pre-Crimes unit of Justice Department. Three Pre-Cogs have the ability to see future murders. They are wired so the Pre-Crime cops can see what the Pre-Cogs see and when balls start rolling with the victim and the perpetrators names on them the police jump into action to stop the murder before it happens.

They are so successful that there are no more murders in the Washington, D.C. area. John is one of the Pre-Crime method of preventions biggest supporters and pushes for it to go national until it pegs him as a future murderer.

What! How could that be? He doesnt even know the guy hes going to murder in a few days. Johns a good guy – he wouldnt kill anybody.

Sure he has flaws, he may even break the law, but we understand why; he lost his only son a few years back and just cant get over the tragedy, but he wouldnt kill anybody – or would he?

Part of what makes the movie so great is that Spielberg lets the audience think we are being clever in figuring out what is going to happen next.

We all like to think were as smart as the movie so he rewards us by letting us be correct sometimes – then presto-chango Spielberg goes a different way.
Not that theres anything really challenging to figure out. Memento its not. Spielberg does play fair and there are only a few holes in the plot.
The cast is more than adequate all the way around. Cruise is maturing quite well in form and acting ability. Nearly up to his par is Colin Farrell, whose talents are very promising and whose good looks cant hide behind the bushy mustache as he shows his stuff as a hotshot investigator who may be a bad guy. You might remember him as the green lawyer in Harts War.

Max Von Sydow is excellent as the co-founder of the Pre-Crime unit. I would not even know where to begin listing his great roles.

Rated-PG-13 for violence, brief language, some sexuality and drug content

END_OF_DOCUMENT_TOKEN_TO_BE_REPLACED

Congressman Gene Green announced a new grant to the Central City Comprehensive Community Center in Houston to support the Drug-Free Communities Support Program. The primary goal of the program is to reduce substance abuse among youth.

I am proud that we could secure this money to continue in our efforts to reduce drug use among our high-risk youth in Houston, said Green.
The Central City Community Center does such a great job in recognizing the risk factors and implementing a successful program in our communities.

The grant will go towards helping Central City Community Center reduce drug use by increasing the number of youth who talk to their parents about drugs, strengthening the positive interface between students and schools, and increasing the communitys awareness of drug abuse issues and problems.

They will also work to increase community partnerships to help in the reduction of substance abuse.

END_OF_DOCUMENT_TOKEN_TO_BE_REPLACED

This weeks Crime Stoppers report involves the attempted murder of a man in South Houston.

SUSPECT: Hispanic male, 54, dark skinned, wearing a dark blue shirt and dark blue cap
If you have any information on this case please contact Detective J.R. McClain with the South Houston Police Department at 713-944-1916 or the Crime Stoppers Hotline at 713-222-8477. Crime Stoppers will pay up to $5,000 for information leading to the arrest and charges filed on any felony suspect.

END_OF_DOCUMENT_TOKEN_TO_BE_REPLACED 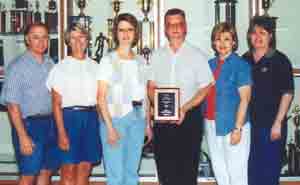 END_OF_DOCUMENT_TOKEN_TO_BE_REPLACED

The workshop highlights the W.l.S.E. (Wealth Building Initiative for Self-Enhancement) program. The W.I.S.E. micro loan program is designed to assist low to moderate income residents of unincorporated areas of Harris County in starting or enhancing small home-based or micro businesses.

The program assists clients to develop the life, social, and business skills necessary to successfully enter the world of small business.
It also aims to create individual economic independence and contribute to the building of communities through economic development.

After satisfactorily completing the program, participants will be eligible to apply for a micro loan up to $5,000.

END_OF_DOCUMENT_TOKEN_TO_BE_REPLACED

County Judge Robert Eckels hosted a luncheon June 4, 2002, honoring the top 104 students who participated in the Houston/Harris County Do the Write Thing Challenge, a nation-wide essay competition designed to encourage 7th and 8th grade students to write about the effects of youth violence and drug abuse and to offer solutions to these problems.

Today our young people are exposed to violence and drugs at an early age, said Judge Eckels, whose office has run the program in Harris County the last four years. It is critical that we educate our children on these issues and allow them to become part of the solution.

The Do the Write Thing Challenge is an initiative of the National Campaign to Stop Violence, a non-partisan, non-profit organization composed of business, community and governmental leaders who have come together to reduce youth violence in communities across the United States.

The program has grown dramatically, Judge Eckels said. When we started it here four years ago, 800 essays were submitted. This year more than 2,000 essays were written from students at 49 schools and 17 school districts throughout Harris County. We also helped expand the program to Bexar, Ector and Dallas County.

The essays are read by a panel of volunteer judges, who then select as School Finalists the boy and girl from each school who submit the most responsive entry. From these finalists, two are selected as National Finalists. A book with all 104 essays selected as School Finalists has been published and will be presented to the Library of Congress at a National Recognition Ceremony in Washington, DC, in July. Goins and Post will join Judge Eckels at the ceremony.