TPWD Hauls in Commercial Shrimp License through Buy Back Program 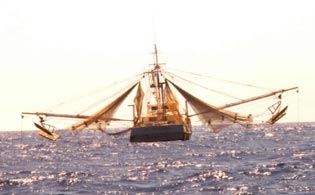 If you want a fishing license, you buy one from the Texas Parks and Wildlife Department. If you already have a commercial bay or bait shrimping license, the state agency will buy it back at a price substantially higher than face value.

Including the latest round of buybacks, which will net 122 commercial bay and bait shrimp licenses at a cost of more than $800,000, TPWD will have cut checks for about $4.3 million to purchase more than 800 shrimp licenses. The average price for licenses has risen from $3,400 in the initial round in October, 1996, to well over $6,0000. Resident shrimpers currently pay $290 annually to renew each license; non-resident shrimpers pay $625 for the right to shrimp in Texas bays.

With this round of buybacks, we are continuing our objective of reducing the number of commercial bay and bait licenses by 50%, said Robin Riechers, management director for TPWDs coastal fisheries division. Our objectives continue to be higher catch rates for shrimpers, reduced bycatch mortality, and a healthy ecosystem. With the improvements in vessels and new technology in the shrimping industry, it is hard to predict exactly how many we will need to purchase. But with our ongoing monitoring programs, well be able to measure our success.

Funding for the program comes from a percentage of commercial license fees, a $3 surcharge to the Texas Saltwater Sport Fish stamp and from donations by private citizens and from groups such as the National Fish and Wildlife Foundation and the Coastal Conservation Association. The NFWF awarded a $100,000 grant to TPWD this year to help fund the buyback program and a newly formed group, Saltwater Conservation Association of Texas, acting as an agent for TPWD, was able to purchase three shrimping licenses that will be turned over to the State for retirement. There have been 10 rounds of commercial bay and bait shrimp license buybacks since the program began.

Were excited about these contributions from organizations like SCA, CCA, and NFWF, said Riechers. Weve received numerous donations from individuals and organizations and hope to continue to see support.

The buyback process for commercial license holders is a reverse bid by which license holders provide TPWD the price for which they are willing to sell their license back to the department. Application forms are available from TPWD law enforcement and fisheries offices along the coast.

On the subject of shrimp boats and shrimping, the Gulf of Mexico commercial shrimp season in state as well as federal waters opened 30 minutes after sunset on July 15. This is good news for commercial fishermen and great news for sport fishermen.

For the avid offshore fisherman, the sight of an anchored shrimp boat in the Gulf culling nets of bait into the current means the attracting of schools of fish. Anchored shrimp boats tend to concentrate schools of a wide variety of game fish species. In an open Gulf, it is fairly easy for the casual sport fisherman to locate.

The opening of the commercial shrimping season always adds excitement and adds to the success of dedicated offshore anglers.

Sidling up to an offshore shrimp boat and drifting bait in a blue current can provide some linestretching action you might not otherwise find in the open Gulf.