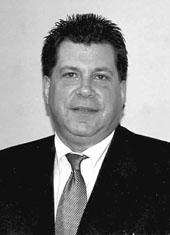 Representative Kevin Bailey, Chairman and members of the Texas House of Representatives General Investigating Committee, held a public hearing to take testimony from invited witnesses to ascertain the extent of the problems with the Houston Police Department (HPD) Crime Lab. The hearing took place in Austin on Thursday, March 6.

Chairman Kevin Bailey opened the hearing with a statement outlining the goals of the committee in conducting the investigation. The goals included making certain that a fair, accurate and independent review of all convictions based on analysis by the HPD Crime Lab was being conducted; that a reasonable plan for correcting the deficiencies was being undertaken by the City of Houston and to determine if statewide legislation or oversight is necessary to ensure the accreditation of all crime labs in Texas.

Invited witnesses giving testimony included members of the Texas Department of Public Safety
(DPS) Crime Lab that conducted an audit of the HPD Crime Lab in December and Chief C.O. Bradford of the Houston Police Department.

Irene Rios of the DPS Crime Lab defined the purpose of a crime lab as finding the truth in the evidence. She reported that the audit team found that the staff at the crime lab lacked adequate training, were unable to appropriately interpret findings, and that a tremendous amount of documentation for policy and procedure was lacking. She stated that under those conditions true justice is compromised.

In response to a question from Chairman Bailey regarding statistical analysis by the HPD Crime Lab staff, Ms. Rios responded, We could not determine whether they knew that this was incorrect procedure to be doing or if they did not have sufficient training to realize that this is a problem.

Also appearing before the committee on Thursday morning was Cassie Carradine who was a member of the DPS audit team that visited the HPD Crime Lab in December. She explained that a computer program is used to do statistical analysis of DNA testing results. She went on to say. There are different ways to enter data into the program. The problem is they (HPD) do not have formal guidelines in place to regulate what numbers they enter into the program to get the most appropriate (statistical) number.

Chief C.O. Bradford testified on behalf of the Houston Police Department. He stated that although he knew there were problems with a leaky roof, he was unaware that his staff lacked sufficient training to be doing DNA analysis. He went on to say, A process has begun to examine all eases in which DNA was analyzed by the HPD Crime Lab dating back to 1992 when the HPD Crime Lab first commenced DNA work. As a result by March 3, 2003, the Houston Police Department identified and provided 525 cases in which some form of DNA analysis was performed to the District Attorneys Office for review.

He went on to explain that his department has only completed the process of review through about 1997 so additional cases will be referred to the District Attorney as the review continues.

The committee is expected to take additional
action at a future date.