New improvement district may be created in Airline area 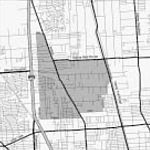 State Representative Kevin Bailey continues his fight to improve the quality of life in North Houston by authoring legislation that will allow for the creation of a new district in the Airline Corridor.

“It will be an exciting development to get this district created,” said Rep. Bailey “It will give Airline residents a real chance to bring improvements to our community.”

Surrounded by the City of Houston, but outside its corporate limits, the area, like many in unincorporated portions of North Houston, has experienced economic decline and social change. Both occurrences have combined to create public needs that state law does not empower county governments to serve. Because the area has a low tax base and deteriorating infrastructure, the City of Houston is not likely to annex it.

The proposed legislation would create a local, community-led, special district to focus on the health, safety and general welfare of the residents, employers, employees and consumers in the unincorporated areas of the 77037 zip code. Their neighbors to the north in Greenspoint and to the east in Aldine have benefitted from special districts in recent years. These districts supplement but do not replace county services.

A board of directors made up of long time area business owners and residents has been named in the legislation. They will establish the priorities for the district once it is created and then oversee the implementation of a process to begin needed improvements in a variety of areas.