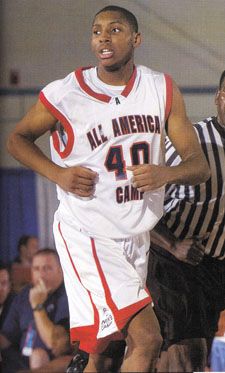 Houston beat out Detroit and Atlanta to be named as the number six High School Hoop City in the nation in SchoolSports Magazines summer issue. Aldine Highs own forward Gary Johnson is one of the top players in the class of 2007 to cause Houston to earn this honor.

Houstons best local stars continue to make up some of the nations top recruits. Houstons hoop game has exploded into national prominence in recent years. The Class of 2007 includes forwards Gary Johnson of Aldine (Houston, Texas) and DeAndre Jordan of Episcopal (Bellaire, Texas).

SchoolSports Magazine Top High School Hoop Cities are: 1 Philadelphia; 2 New York; 3 Chicago; 4 Los Angeles; 5 Cincinnati; and 6 Houston.
This is not the first time Johnson has been featured in a national magazine. Punks magazine included Johnson in its Players Club list.