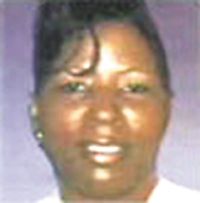 A jury of her peers found Valerie Gibson, 47, not guilty of involvement in a check-cashing scheme that stole more than a quarter million dollars from North Forest ISD.

Gibson was a bookkeeper in North Forest ISD when she and three others were charged with fraud after three North Forest checks were stolen, written out to a fake company, and cashed in Las Vegas. Last year, the other three defendants pleaded guilty to theft and face up to life in prison. Two of them have been sentenced now that the trial against Gibson is complete. Gibson was the only defendant who pleaded not guilty.
During the two-week trial, prosecutors claimed that Gibsons motive for stealing the money was to pay for an expensive house and furniture. Her position in the districts financial office gave her the opportunity.
But jurors say the testimony of fellow defendant Cynthia Bailey was not credible. The jury deliberated for 15 hours over two days. At one point, the jury told the judge they were deadlocked. But after a weekend to reflect, the jury reconvened and found Gibson not guilty because there was a reasonable doubt.
Investigator John Kleindienst recovered one-third of the stolen money, about $90,000 from a bank account in Las Vegas. That money goes back to the school district.