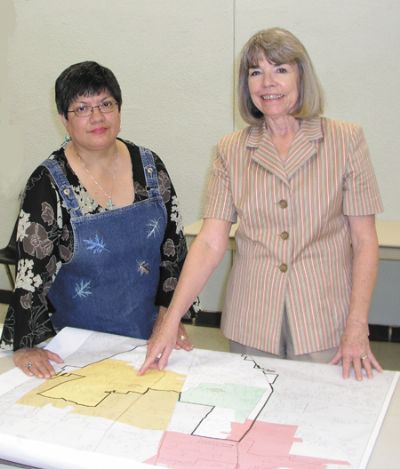 NORTHEAST HOUSTON Two neighborhood meetings have taken place in June, with local residents organizing to protest the change in their water company, and the subsequent notice that their water and sewer fees would rise two to three times the present rate.
A meeting was held last Wednesday night, at Pep Mueller Community Center on Henry Road, with about 150 persons attending. Due to the limitations in the room size, three meetings were held to accommodate all the persons that wanted information and to sign up.
The previous meeting was on Tuesday, June 26, held at the Sheriffs storefront office on Aldine Mail Route. About 50 persons attended that meeting. The meetings are to prepare for an upcoming hearing before the Texas Commission on Environmental Quality (TCEQ) on the proposed rate increase. This is necessary, after Southwest Utilities was sold to an international firm known as Texas American Water, and they filed a request with the state TCEQ for a large increase in fees.
Led by State Representative Kevin Bailey and local activist Irene Garcia, of the Greenwood Village civic club, local residents organized as the Aldine Ratepayers Association, and requested a contested rate hearing from TCEQ.
This was necessitated when Texas American Water, owned by one of the worlds largest energy corporations, filed a rate increase that would amount to a 33% increase in water and a 60% increase in sewer rates, according to Bailey.

The Ratepayers association has requested assistance from the East Aldine Management District, to pay for an attorney, Jim Boyle of Austin, to represent them at the hearing, and to review documentation on the rate request.
Local neighborhoods that are served by the TAW company include Greenwood Village, Mary Francis, Colonial Hills, Aldine Meadows, Bergville, Bertrand, Kenwood, and Stretner.