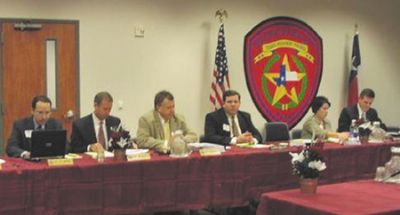 Representative Kevin Bailey and members of the Texas House of Representatives Urban Affairs and General Investigating Committees held a public hearing to take testimony from invited witnesses regarding the current status of the Houston Police Department Crime Lab.
The hearing took place in Houston.
Bailey opened the hearing by explaining the committees role in investigating the Houston crime lab, When we held our initial hearing in 2003 our goal was to determine the extent of the problems in the crime lab and determine whether or not they were truly being fixed.
Based on that experience, we passed legislation requiring crime labs to be accredited before an analyst can testify in a court of law. As the investigation of the crime lab continued, weve had numerous discussions with Michael Bromwich who was hired by the city to oversee the investigation. Now that his report is completed, we need to ensure that city council and the city officials are committing the resources to create a first class lab and ensuring that the past mistakes are not repeated.

Michael Bromwich, who led the independent investigation of the HPD crime lab, told the committee that they had reviewed more than 3,500 forensic science cases in an investigation that spanned a two-year period.
Inadequately trained analyst, incorrect interruption and a lack of competent technical review led to their finding that 32% of the DNA cases and 21% of the serology cases had major flaws.
Bromwichs team recommended that a Special Master be appointed to oversee a review of 186 cases involving current prisoners. Information involving the cases of four prisoners currently on death row has been sent to the Innocence Project for their review and consideration. In addition it is recommended that HPD determine if biological evidence still exists in 599 other cases in which the crime lab failed to analyze then-available evidence or the reliability of the analysis that was performed is questionable.
Bromwich told the committee that the crime lab has steadily improved over the past three and a half years but there are challenges ahead. He said that their most significant concern is that the increased funding and attention that has been central to the crime labs recovery so far may be short-lived.
After the current spotlight on the labs push toward accreditation and on the results of this investigation fades, the city and HPD must sustain the effort and monitoring that are necessary to ensure that the crime lab remains able to perform consistently competent and reliable forensic analysis.
He testified, HPD and the city have seen all too clearly the dire consequences for the accuracy, integrity, fairness, and reputation of the criminal justice system when flawed scientific evidence is produced in the crime lab, as was the case in the serology and DNA sections for many years. Having seen the costs – in money, turmoil, and injustice – that a flawed crime lab can produce, HPD and the city must make sure that the needs of the crime lab are never again ignored.
It is critical that we have an outside independent analysis of the 186 cases involving folks who are currently in prison in order to restore the confidence of the public in our criminal justice system, Bailey said.
The committees members will be weighing the testimony and making a recommendation in the near future.
Invited witnesses appearing before the committee and giving testimony included HPD Chief Harold Hurtt, Irma Rios of HPD Crime Lab, and District Attorney Charles Rosenthal along with representatives from the Texas Department of Public Safety, Texas Forensic Science Commission and Harris County Criminal Lawyers Association.