The Simpsons Movie does not disappoint fans 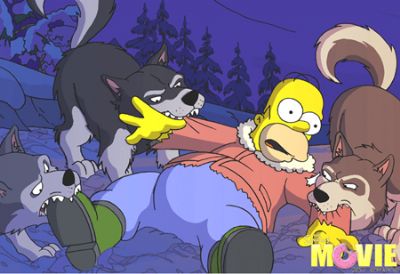 After 18 years and more than 400 episodes, The Simpsons has long ceased to be the cutting-edge, controversial cartoon it was in the late 80s and early 90s. Most of my friends and I havent watched the show for the past two years because it seemed to have lost some of its energy and creativity. And judging by the trailers for the new film, it didnt look like the movie was going to be any great shakes. Still, for old times sake, I went to the theater to watch The Simpsons Movie.
Im glad I did.
The Simpsons Movie, while not as great as some of the shows classic episodes from its heyday, is a hilariously funny film and 10 times better than most episodes from the past eight years. The jokes and sight gags come fast and furious. The animation is crisp. Our Favorite Family has never looked better.
The story revolves around an environmental theme. Lake Springfield has become so polluted, the town is on the verge of an ecological disaster of biblical proportions. Thanks to Homer, the disaster occurs and the government (with President Schwarzenegger in command) responds by trapping the entire town under a giant glass dome. The Simpsons manage to escape death at the hands of an angry mob and move to Alaska to start life anew.
But the fate of the town becomes more dire. and its up to Homer to save Springfield before the government gets rid of the town for good. (Im purposely avoiding giving out more details about the movie because I dont want to spoil your fun.)
The Simpsons Movie is the funniest movie Ive seen this summer. I cant wait to see it again, and Ill definitely buy the DVD when it comes out. Yeah. Its that good. Check it out.
GRADE: A