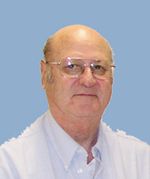 NORTHEAST HOUSTON Faced with an apparent increase in crime occurences, the East Aldine Management District has taken steps to combat the problem.
The EAMD public safety committee met last Monday, Oct. 15th with Sheriffs Captain Tommy Wilson to finalize a plan for additional deputies to be put on patrol.
Also attending the meeting were Public Safety Committe chair Gerald Overturff, Shirley Reed, Reyes Garcia, Craig Richard, and Mike Ledbetter.
Capt. Wilson presented a proposal for a proactive unit that would be dedicated by contract to the district. This unit would not conduct normal calls for service, but instead would target areas of the district for aggressive zero-tolerance initiatives to stop crime. The unit would work out of the Aldine Storefront Sheriffs office, under the supervision of a full-time sergeant. It would work four nights a week, from 6 pm to 4 am. These nights would be Thursday, Friday, Saturday, and Sunday. However, at the discretion of the sergeant some flexibility will exist to assign different times for special needs.

At the Districts monthly board meeting last Tuesday night, they voted unanimously to approve a contract in the amount of $453, 175 for this unit, of four deputies and a sergeant, and to renew the commitment for two additional parol deputies and a nuisance abatement deputy that are now in effect.
The committee discussed the impact of public safety upon the economic development in the East Aldine district, and concluded that heightened public safety initiatives such as the Contract Deputy Program and the Proactive Unit will increase the quality of life for residents, thereby improving the business climate and subsequent sales tax collections. Higher sales tax collections would in turn allow EAMD to continue and expand important public works projects such as water, sewer and mobility.