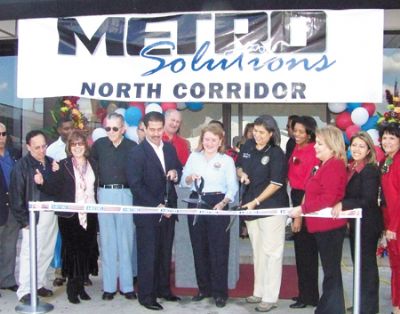 Metro has opened this office, and several others in other neighborhoods, for the public to visit, share questions and concerns, and learn about the overall METRO Solutions programs.
Corridor office staff will be available to provide the following type of information:
– Construction updates and detour information
– Utility and access interruptions
– SBE/DBE Program enrollment and training opportunities
– METRO service maps, routing guides and schedules
However, Fare items will not be sold at the METRO Solutions corridor office locations, according to the material furnished to the Northeast News.
Metro announced that the plan for the North Corridor line had been changed from BRT (Bus Rapid Transit) to LRT (Light Rail Transit).
In October 2007 METROs Board of Directors approved light rail technology for all five of the transit corridors. Due to recent changes in the way the Federal Transit Administration evaluates proposed transit projects, the Board was able to respond to the communitys preference for LRT versus BRT.
Regarding METRO Solutions, they said that this is a long-range transit plan comprised of a comprehensive, multi-modal system to be built over the next decade. It includes 30 miles of Light Rail Transit, new transit centers, park and ride lotes, HOV/HOT Lanes with future plans for commuter rail and signature bus services.