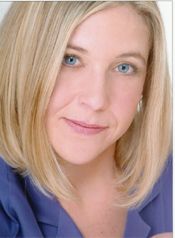 Houston Intercontinental Chamber of Commerce (HICC) and NHEDC President Reggie Gray said that Osborne is a good fit for the task at hand. “I’ve known Stacey for many years, and she has a solid reputation in the Houston economic development community. I know she’ll do a great job for us as we grow this organization and make it stronger.”

The NHEDC is a 501(c)(6) organization that was formed in 2009 with the purpose of facilitating the retention, expansion, and relocation of business in north Houston and improving the quality of life for its residents. The organization works closely with HICC, and partners with numerous area organizations with similar goals and missions. Membership is open to any corporation, partnership, sole proprietorship, association or estate having an interest to support the objectives of the organization. Membership fees range from $1,500 to $10,000. There are three committees that each meet three times annually, and the organization holds quarterly leads meetings open to all members, where they discuss current projects in the business development pipeline.

For more information about the NHEDC, please contact Stacey Osborne at (281) 943-7805 or via email at sosborne @northhoustonedc.com.