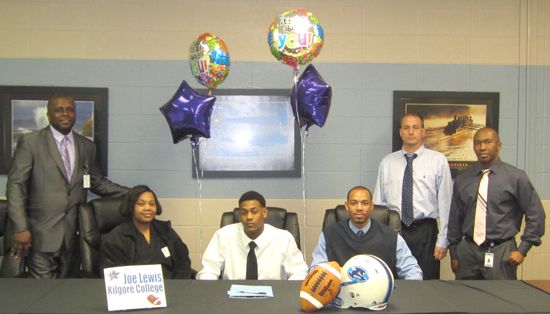 Ten Aldine ISD student-athletes signed on the dotted line on National Signing Day with colleges and universities across Texas and the United States on Wednesday, Feb. 5. The 10 earned scholarships that will provide them with the opportunities to continue their academic and athletic careers in college.

Eisenhower High School had the most student-athletes sign as six football players were awarded scholarships. Running back Donald Catalon, one of the most sought-after backs in the state, signed with the University of Texas and will be a part of head coach Charlie Strong’s first-ever recruiting class at UT. Strong was hired in January to succeed former head coach Mack Brown, who resigned after 16 years as the Longhorns’ head coach.

AISD coaches are hoping more student-athletes will sign later in the spring.