“HEAD TO HEAD” – Dr. Stephen Head to be new Chancellor at LSCS 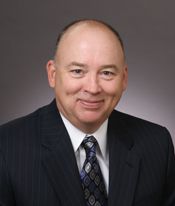 HOUSTON (June 10, 2014) – The Lone Star College System Board of Trustees on Tuesday voted unanimously to name Dr. Steve Head as the next chancellor of LSCS.

The announcement was made as part of a special board meeting that took place at the system office June 10. According to the board, Dr. Head was also the first choice of the selection committee.

Texas law requires a 21-day waiting period before a formal vote can be made to approve Dr. Head as chancellor. Board members will take a public vote at a date and time to be announced later in the board room of the Lone Star College Training and Development Center, 5000 Research Forest Drive, The Woodlands, TX 77381.

“Lone Star College is poised for great things and Steve Head has the credentials and experience to continue to move Lone Star College in the right direction,” said Dr. David Holsey, LSCS board chair. “This college will be in very capable hands with Steve at the helm.”

Dr. Head has served as the president of Lone Star College-North Harris since 2007. At LSCS he has also held the position of executive vice chancellor, acting chief operating officer, and president of LSC-Kingwood, among other positions. Dr. Head received his Ph.D. in history from Texas Tech University, and M.A. and B.A. in history from Lamar University in Beaumont.

LSCS was assisted in its search by consultant Gold Hill Associates, which conducted open forums at each of the six Lone Star Colleges and system office to solicit recommendations and comments from faculty, staff and students, which was then recorded and presented in writing to the search committee.

The search committee, comprised of Chairman Holsey and Trustees Robert Adam, Priscilla Kelly and Ron Trowbridge, interviewed six semi-finalist candidates and selected two finalists based on those interviews. The other finalist, Dr. Michael Burke, informed Gold Hill Associates this weekend that he was withdrawing from the chancellor search for personal reasons.

Dr. Richard Carpenter, who served as chancellor since 2007, announced in February that he was retiring as chancellor this summer.