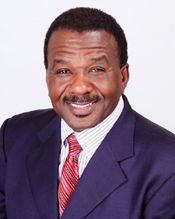 During the December 16 Board of Education meeting, AISD Trustees appointed Mr. Paul Shanklin to fill the unexpired term of Dr. Alton Smith, who resigned from the Board in November after being elected to the Lone Star College Board.

The recommendation was made by the Board’s Nominating Committee, which was chaired by Dr. Viola M. Garcia. Fellow Trustees Steve Mead and Dr. Smith also served on the committee.

He has volunteered in Aldine schools and has been a resident of the Aldine community for 25 years.

Mr. Shanklin will be sworn in at the January 13 Trustee’s meeting.