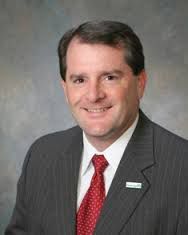 HOUSTON – The Greenspoint District Board of Directors announces the retirement of President Jerry Lowry and appointment of Bart Baker as interim president, both effective March 31, 2015.

Lowry joined the District in 2000 as director of Public Safety.

He went on to serve as executive vice president and chief operating officer prior to accepting appointment as president in 2013. Lowry’s leadership and forward thinking led to many achievements for the District during his 15-year tenure.

Lowry was instrumental in creating in a comprehensive strategic plan to guide the District through 2030. He established the Greenspoint Community Partners nonprofit foundation to gain support for expanding public safety, beautification and recreational development programs, and was a staunch advocate for creating an economic development department that has resulted in millions of dollars of investment in the District.

Chair of the Greenspoint District Board of Directors, Michelle Wogan of Transwestern stated that, “Jerry took over leadership during a pivotal time for the District. We appreciate the hard work and tenacity he applied to keep it moving forward and thriving.”

“I am grateful for the opportunities afforded to me and the District’s contribution to my life experiences. I look forward to the next chapter and fulfilling a long-term goal of expanding my ministry work in South Montgomery County,” added Lowry.

Bart Baker currently serves as vice president of Planning, Operations and Infrastructure for the Greenspoint District. He will act as interim president while a search for a new president is conducted by Jack Drake LLC.