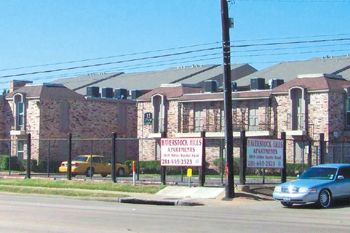 Sheriff’s deputies were called to the scene of a fight at an apartment in Haverstock Hills at 5600 Aldine-Bender last Saturday night, shortly after midnight.

However, the fight became violent, and gunfire erupted in the parking lot, according to reports from the Harris County Sheriff’s office.

As a result, one man identified as Thomas Campbell, was struck by bullets in the head, and died at the scene, reports Sgt. Robert Spurgeon of the Harris County Sheriff’s Department homicide unit. Sgt. Spurgeon indicated that Campbell was apparently trying to leave the area, and got caught in crossfire.

Witnesses said they thought the gunshots came from a white pick-up truck in the area, but Sgt. Spurgeon said they did not identify who actually shot Campbell.

Anyone with information is asked to call Crime Stoppers, 713-222-TIPS.