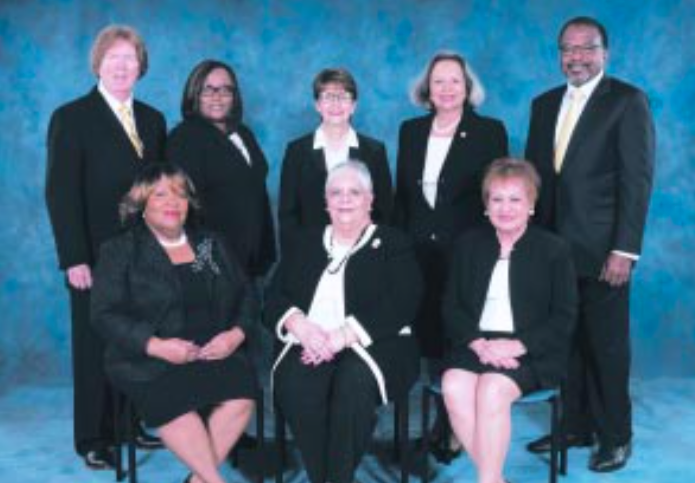 January 2018 is School Board Recognition Month—a great time to focus on the crucial role Aldine ISD Trustees play in the community and Aldine schools.

The Texas Association of School Boards’ (TASB) theme for this year’s School Board Recognition Month is, “Helping Kids Soar to Success.”

Plan now to show AISD school board members you appreciate their dedication and hard work. They are extraordinary people who voluntarily tackle the enormous job of governing Aldine ISD. Their actions and decisions affect the present and future lives of Aldine’s children.

“Our Board works tirelessly and devotes hundreds of hours to lead our students to success,” said Aldine ISD Superintendent Dr. Wanda Bamberg. “Setting aside time in January is one small way to celebrate their service to our community and say thanks for caring so much about the future of every child in Aldine.

“School Board Members shoulder critical responsibilities as advocates for our children. They face difficult challenges and make hard decisions with the overall goal of promoting student achievement,” Dr. Bamberg said. “They serve as the passionate voice for public education and help ensure the future of our state and nation. We truly appreciate every Board Member for voluntarily tackling the enormous job of governing our local school district.”

Under the Board’s leadership, Aldine ISD was named the Broad Prize for Urban Education winner in 2009. In the fall of 2013, Aldine ISD’s Board of Trustees was named one of five Honor Boards in the State of Texas and in the spring of 2013 the Board was named the Region 4 Outstanding School Board.

Recognizing Aldine ISD’s Trustees for their commitment and sacrifice takes a combined effort on the part of all those they serve: administrators, school staff, students, and the community. Even though showing appreciation should be a year-round process, taking advantage of the designated School Board Recognition Month in January ensures that these important people receive some of the thanks they deserve.