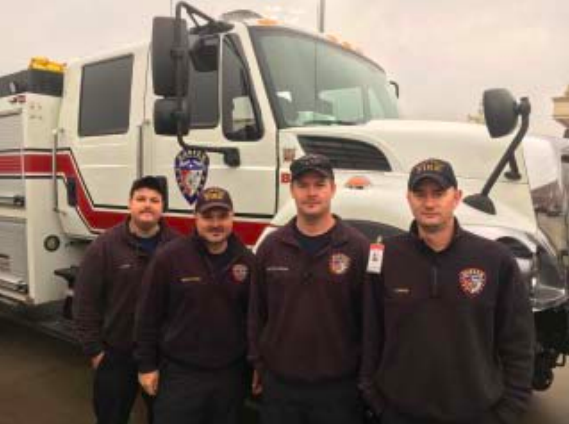 A tired group of four firefighters from the Eastex Fire Department returned to Houston last Wednesday, after 10 days in California and on the road, helping contain the blazes ravaging the state.

The Eastex department was one of 40 departments from Texas, involving 200 firefighters, that traveled to California as part of a national “mutual aid” system administered by the Texas A&M Forest Service.

The Eastex crew was assigned to the Woolsey Fire in Malibu, northwest of Los Angeles.

Capt. Mark Houge, team leader, said that at first they worked a 24 hour shift, and then 12 hour shifts. Most of their work was “mopping up” because the major blazes had burned up.

Three fatalities occurred in their area, and through the state at least 81 people lost their lives. Over 800 are still missing, and the number of homes destroyed has reached 12,000.

Eight different wildfires have erupted, the worst being the “Campfire” blaze that destroyed the town of ill-named Paradise.