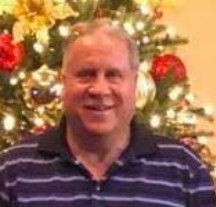 NORTH HOUSTON – A task force of Sheriff’s deputies and Texas police officers came under fire last Tuesday, when they attempted to serve an arrest warrant on a man living on Hartwick Street in Aldine.

Two officers from the state Fugitive Apprehension Unit, and one Sheriff’s deputy were wounded by gunshots from Daniel Trevino, 25, who subsequently took his own life, according to Sheriff Ed Gonzalez.

The incident started about 1:15 pm on Tuesday, and ended about 6:15 when the Sheriff’s SWAT team determined that Trevino was dead. Chief Deputy Edison Toquica said the warrant was for violation of a protective order for the woman who was living with Trevino.

Upon arrival at the home at 5013 Hartwick, Trevino opened fire on the officers, wounding three. Deputy Smejkal was injured in the hand, while one state officer was wounded in the leg, and the other more seriously in the face, torso and ankle.

After the initial shooting, officers attempted to negotiate with Trevino about two and a half hours, but finally had to use force to end the standoff. During the negotiations, Trevino claimed he was wounded, but would not come out.

Officers used tear gas and a robot to attempt to force Trevino out of the home. When they deployed a breaching device, he fired on them several times, but still did not leave the home.

Aldine ISD schools in the immediate area of the incident were placed on lockdown for a time period, but eventually all the students were allowed to go home.

Trevino was known to authorities, having a criminal record back to 2011. He had been charged with assault, criminal mischief, theft, possession of marijuana, and possession of a firearm by a felon. Most recently he had been charged with aggravated assault of a family member, when he pointed a gun at a woman he was dating, and told her he would kill her and her children