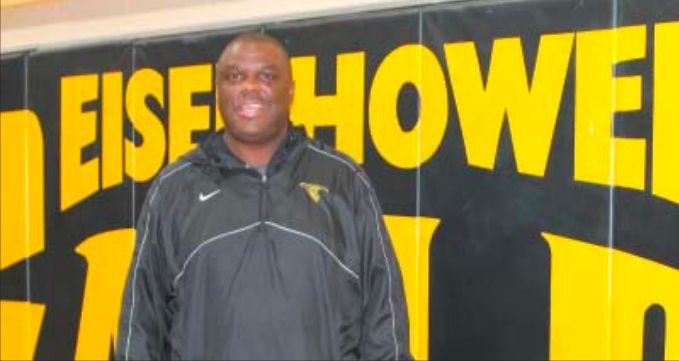 Eisenhower High School head football coach Eric Jackson led his team to the playoffs in the first year as the school’s head coach. The Eagles made it to the post season after a two-year playoff drought.

That accomplishment earned the veteran coach the honor of being named the Northeast News’ Coach of the Year for the 2018 season.

The 2018 season was Jackson’s first as a head coach and he’s excited about the future for the Eisenhower football program.

“We’re getting there, but we’re not satisfied where we’re at. We still have a ways to go” Jackson said. “The kids are excited about the program and so are we as coaches. We’re starting a new regime and I think we have gotten off to a good start.”

The Eagles finished tied for second place in District 16-6A and earned a postseason berth.

The Baton Rogue native is a graduate of Nichols State where he played linebacker.

Jackson and the Eagles have reason to be excited about the future. They will enter spring training with eight offensive and four defensive starters back for the 2019 season, which is a solid nucleus.

Jackson said his goals for the program are simple.

“Every coach wants to win a state championship, that’s what we all want,” he said. “But we also want to win district and go to the playoffs on a consistent basis. We also want to have a winning environment around here.”

He’s excited about next year’s senior class because he believes it could be a special group of student-athletes.

“This group of juniors is going to be a good group of young men,” he said. “They understand what we want as coaches.”

Jackson is confidant next year’s senior class will be good mentors for the younger players in the program.

“Our goal for the offseason is to get our younger kids accustomed to what we are doing and to develop a work ethic in the weight room and on the field during offseason,” he said.

Jackson’s father was a principal and coach, but he did not see himself going into coaching. Twenty-five years later he’s glad that he did because he has the chance to not only coach young men about the game he loves, but also about life.

“I like working with kids, helping them become young men,” Jackson said. “I believe as a coach you have to teach kids about what’s right and what’s wrong.”

It appears the Eagles have a bright future with Eric Jackson as their head coach.