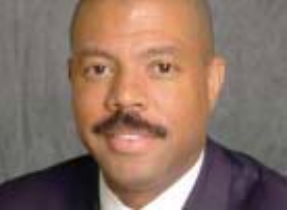 During the 86th Legislative Session, I worked with several organizations to pass more than 28 pieces of legislation targeted to help the many communities of Senate District 13. Many of those bills, you, the community, had a hand in crafting. From criminal justice reforms, consumer advocacy, affordable and accessible healthcare options to jobs and economic development, my legislative package was about improving and growing Senate District 13. I authored Senate Bill 390 to create the Northeast Houston Redevelopment District. This bill was one of the most critical bills in my legislative package.

Like many parts of low-income and economically challenged areas, there are abandoned shopping centers and a lack of grocery stores and major retailers in the area. After meetings with local Northeast community leaders and local elected officials, we crafted SB 390 to give this area the help it needed to attract new businesses and jobs and breathe life back into the community.

I carefully moved this bill through the Senate Chamber, and personally met with the governor and his staff, to ensure he understood this bill’s importance. Throughout the session, the governor did not indicate any problem with the bill until May 20th, one week before the end of the session. After working with the governor’s staff and making the requested changes, his staff even provided assistance in clearing procedural hurdles to help pass the bill. After the session ended, he vetoed the bill, which made little to no sense to me.

The governor’s veto said SB 390 “goes too far.” I disagree. Communities like the Galleria, Upper Kirby, Midtown, Spring Branch and other more affluent areas have been able to reap the benefits of these management districts for years. If the governor believed special districts circumvent property tax reforms, then he should have vetoed all of the special district bills that passed this session, not just the bills from three Democratic legislators.

I sent a letter to the governor detailing my thoughts and my suspicions behind his veto. I wanted to know if his veto was an act of retaliation because I refused to sell out my community and support his nominee for TX Secretary of State, who earlier this year attempted to purge more than 95,000 voters from the Texas voter rolls, or one of racism. I want to believe it is neither, or if I’m blinded to the fact that is BOTH. I asked the governor to let me know if I am wrong.

While this veto eliminates a tool to help revitalize the area, it will not stop my efforts to continue working with the community to bring new businesses and jobs for the people in these neighborhoods.