HOUSTON – With a sense of urgency, because TxDOT is intending to enter the next phase of planning for the rebuilding of Interstate IH-45, Houston Mayor Sylvester Turner sent a letter to TxDOT Commissioner Laura Ryan last Monday, asking for a review of their plans and a reconsideration of their final design plans.

Turner said that after a year’s study by a special committee, the city recommends that TxDOT plans follow guidelines that would cause the least disruption to existing neighborhoods while still increasing the number of persons that could be moved from point to point.

The Mayor’s letter emphasized a more comprehensive design to improve lifestyles, not just highway design. It addressed flooding, landscaping, neighborhood preservation, and safety, as well as limiting construction to the existing right-of-way where possible.

There are three segments to TxDOT’s plan, and construction on Segments 1 and 2 are scheduled to start in2021. This is the roadway from downtown to Beltway 8. Segment 3 is parts of IH-45 that are downtown and will be rebuilt on a different right-of-way. 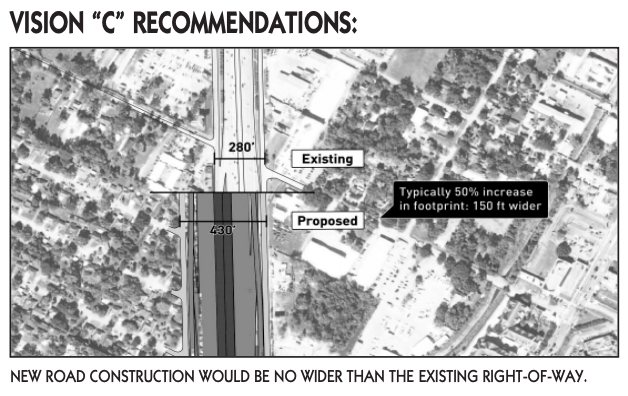 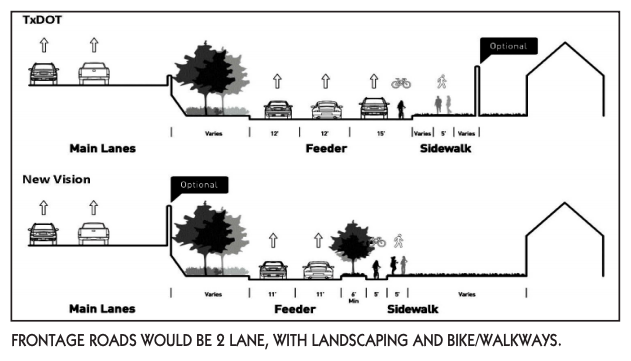 In his letter to TxDOT, the Mayor says:

For Segments 1 and 2, we incorporated the Technical Appendix herein this letter and attached it for your reference. We ask that you consider the following:

• Design an alternate lane configuration for Segments 1 and 2 that measurably reduces the required right-of-way.

• Work with METRO to determine how regional express bus and bus rapid transit can reliably operate in the corridor as part of the voter approved METRONext plan, including stops that serve the surrounding communities.

• Study how bridges and other highway elements can be designed to accommodate future flood mitigation and open space projects on Halls and Little White Oak Bayous.

• Study how frontage roads can be designed to improve safety and accommodate all road users.

Additionally, I request that TXDOT work with the city to develop programs to ensure that all displaced residents can relocate in their neighborhoods and affordable housing supply is not reduced.

Together, these elements significantly contribute to the City’s goals. We propose to work in close coordination with TXDOT to evaluate how these elements may be incorporated into the final design of Segments 1 and 2.

The coordination between the City, TXDOT and our partners has identified opportunities for civic improvements in neighborhoods around Segment 3. These relate to improved connections, additional park spaces, urban design enhancements, future development opportunities, reuse of ROW and transit improvements.