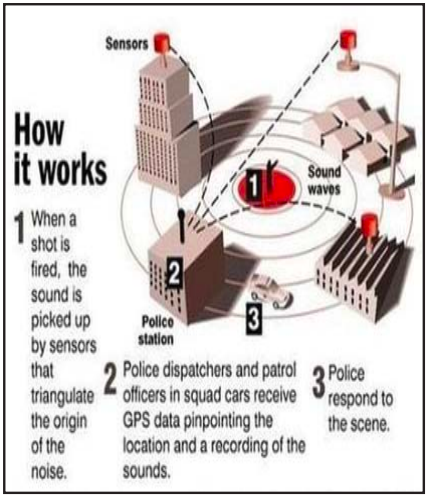 Commissioner Garcia applauds Sheriff Ed Gonzalez for becoming the first state agency to do this.

“Harris County Sheriff’s Office deputies have taken upwards of 3,000 pistols, shotguns, and rifles out of the hands of suspected criminals so far this year,” said Sheriff Ed Gonzalez. “We’re grateful to Commissioner Adrian Garcia and the entire Commissioners Court for this important new tool that takes the guesswork out of pinpointing the source of gunfire in our neighborhoods. I’m optimistic that this pilot program in the Aldine community will complement the peacekeeping, community-oriented initiatives that are already in place and ultimately save lives.”

The ShotSpotter gunshot detection, alert, and analysis system will provide what would be otherwise unobtainable, critical real-time gunfire intelligence. The core capabilities of the ShotSpotter system are:

• DETECT – ShotSpotter detects and locates gunfire incidents enabling a fast, precise response to over 90% of shooting incidents within the targeted areas. This has a powerful deterrent effect and disrupts the gun violence cycle.

• PROTECT – ShotSpotter helps to protect officers by providing them with comprehensive data on the actual amount of gunfire activity that occurs in the neighborhoods they patrol and provides critical situational awareness when responding to specific incidents.

• CONNECT – By applying community policing-oriented best practices, ShotSpotter provides a unique opportunity for law enforcement agencies to connect with vulnerable communities. Rapid response to gunfire incidents in communities that have been most impacted by gun violence builds positive attitudes towards law enforcement and leads to more constructive engagements and cooperation.

The goal is to have the system operational by April 2021. Other Harris County Commissioners expressed interest in also getting this implemented in their precincts.