Brady goes for 7th Lombardi, Mahomes second in what could be a very real ‘Super’ Bowl! 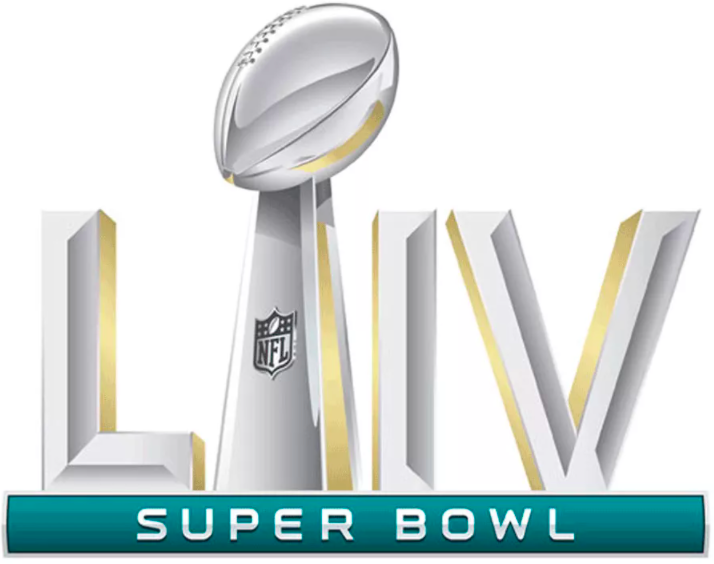 I guess that Tom Brady guy still has something left in the tank.

After spending 20 years in New England and leading the Patriots and head coach Bill Belichick to six Super Bowl titles, Brady moved south to sunny Tampa, FL and proved he’s not washed up at 43 years of age.

In Kansas City, Chief fans have once again put their faith in 25-year-old Patrick Mahomes, who led their beloved team to the Lombardi Trophy last year and is making a return trip this year to go after a second straight title.

The former Texas Tech star had his ups and downs this season, but when it mattered most, the strong-armed slinger put the Chiefs on his back in the AFC title game against Buffalo to lead them to a second straight Super Bowl.

In the Chief’s 38-24 conference title victory, Mahomes passed for 325 yards and three touchdowns to send his team onto Tampa.

While Mahomes was working his magic, Brady tossed three touchdown passes to lead the Buccaneers to a 31-26 win at Green Bay. Brady wasn’t great, he did throw three interceptions in the NFC title game, but he did enough to send TB to its second Super Bowl in team history (Tampa Bay defeated Oakland 18 years ago for its only NFL title).

Brady not only led his team to the ultimate game, but they will play the game in their home stadium, becoming the first team to host a Super Bowl. In the 1980 game, the Los Angeles Rams played in their backyard in the Rose Bowl when they faced the mighty Steelers, but their home stadium at the time was the Los Angeles Memorial Coliseum. The other team that came closest to hosting the big game was the San Francisco 49ers, who defeated Miami in the 1985 big game in Palo Alto, CA, a suburb of ‘Frisco.

The 55th version of the NFL’s ultimate game could be a very special one as both teams have explosive offenses and bi-play ability.

Brady had a solid season in his first year in Tampa throwing for 4,633 yards and 40 touchdowns. He led the Bucs to three straight road playoff wins passing for 860 yards and seven TDs.

Mahomes followed up his 2019 MVP season with 4,740 passing yards in 15 games (he sat out the Chief’s season finale) and 38 touchdowns. In two home playoff games he passed for another 580 yards and four touchdowns and overcame a concussion and big toe injury in the AFC Divisional game against Cleveland.

Having an extra week of rest before the Feb. 7 game should benefit Mahomes, so expect him to be ready to take on a solid TB defense on Sunday.

KC head coach Andy Reid does have a major injury concern to deal with as he prepares his team for a shot at a second straight Lombardi Trophy (it would be the franchises third overall. Kansas City defeated Minnesota in Super Bowl 4). Starting left tackle Eric Fisher, who protects Mahomes blind side, was lost for the season in the AFC title game when he sustained an Achilles injury. Chief fans are probably confident that Reid and his staff will find a suitable replacement and they had better because Tampa Bay has an aggressive and quick front seven that has produced six sacks and three fumble recoveries in three playoff games (the Bucs had four against Aaron Rodgers in the NFC title game). The secondary is also playing well and has produced five interceptions in three playoff games.

But this will be the TB’s defense biggest test when they take on Mahomes and an offense that is loaded with offensive weapons. Mahomes has a host of dependable and speedy wide receivers, but the best of the bunch is Tyreek Hill (87 receptions, 1,276 yards, 15 TDs in the regular season). In two playoff games Hill has caught 22 passes for 250 yards, but has yet to score a post-season touchdown. Mahomes also has the game’s best tight end in dependable Travis Kelce (105 receptions, 1,416 yards, 11 TDs). Kelce has grabbed 23 passes for 226 yards and three scores in the Chief’s first two playoff games. He’s going to be a matchup nightmare for the TB linebackers and when Mahomes needs a big play in a tight situation, you can bet he will be looking for big No. 87.

KC has also got some nice production from speedy wide receiver Mecole Hardman in the playoffs. He had a 50+ yard run to set up one touchdown and grabbed a scoring pass from Hardman against the Bills.

The Chiefs are not a one-trick pony. They can also run the ball, and having rookie running back Clyde Edwards-Helaire (803 rushing yards, 4 TDs) back in the fold should help keep the Bucs defense honest knowing they will need to stop the run first to slow down the Chiefs (good luck with that, Bucs). Edwards-Helaire missed the last two regular season games and the first playoff game with a high ankle sprain, but returned for the AFC title game and helped the cause with a touchdown run. Backup Darrell Williams has done a nice job as his replacement and don’t forget about Le’Von Bell as well. If Bell is healthy (he missed the Buffalo game with a knee injury), I would not be surprised if Reid comes up with some gadget play to get him involved in the game.

Brady has a few weapons of his own and has two solid receivers to throw to in former Texas A&M Aggie Mike Evans (70 receptions, 1,006 yards, 13 TDs). In three playoff games, Evans has grabbed 10 passes for 107 yards and two TDs. Fellow wide out Chris Godwin (65 receptions, 840 yards, 7 TDs) has been Brady’s go-to guy in the post season with 14 receptions for 223 yards and one score. Brady also has his buddy from New England to go to in Rob Gronkowski, who has only one reception in the post season. Don’t be surprised if Gronk’s role expands in the Super Bowl.

Tampa Bay has also gotten some nice production in the running game from Leonard Fournette, who has come up with two rushing scores and one receiving score in the playoffs. Fournette’s ability to move the chains could be crucial in SB 55 because if the Bucs can control the clock and keep Mahomes off the field, their chances of winning a second Lombardi Trophy would be greatly enhanced.

This one has all the making of an offensive shootout and playing on their home field will be a huge benefit for the Bucs. This will be the fifth time Brady and Mahomes have met and both own two wins against each other, so something has to give on Sunday. Brady is the Master and Mahomes is the Student, but he’s a quick learner and it’s tough to bet against either one of them on the big stage. This one might come down to who has the ball last, and something tells me the kid will outplay the legend as Mahomes outduels Brady and enters a select club of NFL quarterbacks who have won two or more Super Bowls. Enjoy the game folks; it should be a good one.