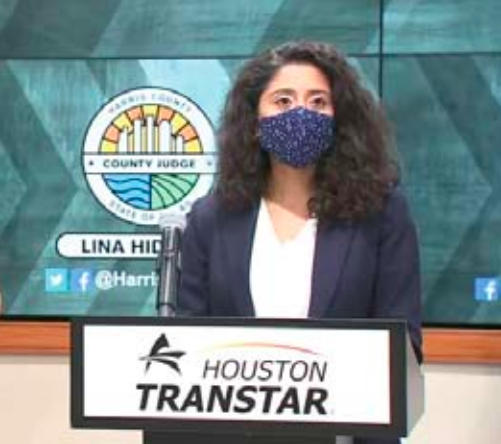 HARRIS COUNTY — Harris County Judge Lina Hidalgo is going against Gov. Greg Abbott’s statewide ban on mask mandates and is issuing an order that requires face coverings to be worn in schools.

The order, issued on Thursday afternoon, states all public and non-religious private schools along with licensed child care centers must follow the guidance issued by the Centers for Disease Control and Prevention (CDC) on the use of masks.

This means students ages 2 or older along with staff, teachers and visitors must wear a mask indoors while on campuses and on buses, regardless of vaccination status.

“Please note that face coverings are a secondary strategy to getting vaccinated and should be undertaken with other mitigation efforts,” read the order. “Face coverings are not a replacement for vaccinations or for those who cannot get vaccinated due to age or disability, social distancing, frequent hand-washing, and self-isolation when sick.”

Houston ISD, the largest school district in Texas, falls under the order.

“First responders and school leaders are speaking out and standing up as Delta ravages our community. We have their back,” Hidalgo wrote on Twitter. “Protecting the community during an emergency is a duty, not an option for government leaders.”

Despite COVID cases rising again, Abbott has said he will not impose another statewide mandate.

It would be “inappropriate to require people who already have immunity to wear a mask,” Abbott said.

Abbott lifted the statewide mask requirement in March. Two months later, he announced he was banning government entities – including public schools – from mandating masks. Abbott reiterated that Texas schoolchildren will not face mask requirements as they return to school later this summer.

Friday, August 13, a judge just granted Harris County a temporary retraining order against Gov. Abbott’s ban on mask mandates, and one attorney called this a victory for concerned residents.

Both Austin ISD and Dallas ISD are going against Abbott’s ban on mask mandates.