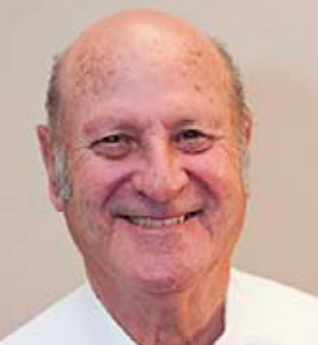 The East Aldine Management District and its friends and supporters are mourning the death of Gerald Overturff, 82, a life-long Aldine resident and community leader who chaired the District board of directors from November 2011 to July 2021.

When he died at a local hospital Thursday night, he had served on the board for 17 years.

Before joining the board, Overturff worked for 31 years for the road and bridge department of Harris County Precinct 4. Two years after retirement he led the creation of the Sunbelt Freshwater Supply District, which serves parts of the Aldine area.

Overturff dedicated himself to the history and culture of the Aldine area, with his encyclopedic and humorous knowledge of the unincorporated area of the county just north of the Houston city limits.

During plans to upgrade Keith-Wiess and other area parks, Overturff joked that they would be a vast improvement over the “pig trails” left by feral hogs that used to roam the area.

He and his wife, Marilyn, lived near the farm on Little York Road where he grew up, said daughter Carol Mayfield. His life-long love of the Aldine area never wavered, she said.

“Little York was a dirt road when my grandpa had a place out there. And Dad just loved it out there. He loved Aldine and he tried to make it better for everybody,” she said. “He would see somebody in need and would literally give them the shirt off his back.”

As district board chairman, Overturff was responsible for overseeing the development of the Town Center on Aldine Mail Route Road, the new 911 call center for the Harris County Sheriff’s Office; extensive water and sewer improvement projects; and the district’s business development efforts.

The grand opening of Phase 2 of the Town Center, including an office building with a Sheriff’s Office storefront, a splash pad play area, an amphitheater and decorative water features, is scheduled for Thursday, Oct. 28.

“Not having Gerald at the ribbon-cutting will make a bittersweet occasion,” said District Executive Director David Hawes. “We will miss his guidance that was so firmly rooted in the community, and our hearts are with his family.”

“Gerald’s presence on the board of EAMD will be missed as will his service for the East Aldine community,” his successor as board chair, Joyce Wiley, said. “Because he was steeped in the knowledge of infrastructure, if I had a question pertaining to public utilities or county services, he was always willing to give me an answer. I appreciate the support he gave me when I became board chair for EAMD. Rest well my friend.”

Artists working on a mural to reflect the history of the Aldine community only had to seek guidance from Overturff, who recalled the paint color on a one-room school building used many decades ago.

Bob Beasley, a district board member who served for many years with Overturff, said East Aldine was the former chairman’s passion.

“He was retired, so he had the time to really devote himself to to the district,” Beasley said. “He was a character. He and I had a lot of fun. He was a hoot.

“But he also was really very concerned about the district, and making proper use of the taxpayers’ dollars. Gerald didn’t mind saying what he really thought, and that’s a good thing. You always knew where he stood.”

Overturff was initially doubtful about the creation of East Aldine Management District. He was quoted in a 2001 Houston Chronicle report: “If we’re going to impose a 1-cent sales tax on people out here, let’s don’t waste it. Let’s put it to use.”

“On behalf of Harris County Precinct 2 and the over 1 million residents who call this community home, we would like to thank Mr. Overturff for his many years of service to the Aldine and Harris County Community,” Garcia said. “It is because of people like him that our county is one of the best places to live, work and raise a family. We would like to also extend our sincere condolences to his family and friends.”

Services are pending at Darst Funeral Home in Kingwood.