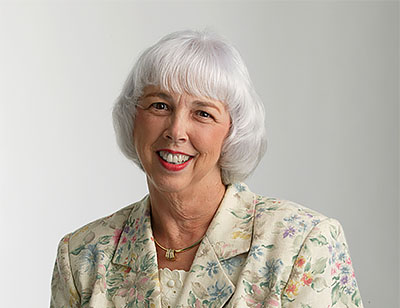 ALDINE – Mrs. Nadine Kujawa, who was the first-ever female superintendent in the history of Aldine ISD, has passed away. Mrs. Kujawa, 80, passed away on Monday, Nov. 8.

Mrs. Kujawa devoted 42 years to Aldine ISD and served in a number of roles. She was a graduate of Aldine High School (the Class of 1959) and was the first Aldine ISD graduate to serve as superintendent.

“Our hearts go out to the Kujawa family with the passing of a true legend,” said Aldine ISD Superintendent Dr. LaTonya M. Goffney. “Mrs. Kujawa was a trailblazer for so many of us in education. She was well-respected across the state and committed her entire professional career to the students and staff of Aldine ISD. She was a proud graduate of Aldine High School. Our thoughts and prayers go out to her husband Harry and her daughters Christine and Karen, her grandchildren and her extended family.”

Mrs. Kujawa succeeded Superintendent M.B. “Sonny” Donaldson in 2001 and served as the district’s leader until her retirement in May of 2007.

Mrs. Kujawa earned her bachelor’s degree in elementary education from Sam Houston State University in 1962 and her master’s degree in administration and supervision from the University of Houston in 1967.

Former Superintendent M.B. “Sonny” Donaldson and Mrs. Kujawa worked closely together during his tenure as superintendent from 1986 until 2001. He said she was the driving factor in Aldine earning a “Recognized Rating” from the Texas Education Agency for seven consecutive years (1996-2003).

“She was a great teammate. I was shocked to hear the news,” Mr. Donaldson said. “She loved Aldine. She was an Aldine girl. She was a very unselfish person, always focusing on what was best for kids. I felt like she was the perfect person to lead us to our academic success.”

Mr. Donaldson added Mrs. Kujawa relished her role in creating a curriculum that addressed students at every grade level.

“She put her heart into the curriculum,” he said. “She always gave credit to those who worked around her. She developed the curriculum on what students needed to know at each grade level. She was a master at that. She was an inspiration to others.”

Mr. Donaldson said Mrs. Kujawa inspired those around her with her ‘can do’ attitude.

“She was a go get ‘em type of person,” Mr. Donaldson said. “Once she set her mind on something, we did it. I never saw her angry and she never spoke an ill word about anyone. She was always moving forward.”

Former Superintendent Dr. Wanda Bamberg and Mrs. Kujawa worked closely together on curriculum for many years. Dr. Bamberg considered Mrs. Kujawa a mentor and close friend. She too was saddened by the news of her passing.

“Nadine was a tremendous leader who was loved by all,” she said. “She held people accountable with support and respect. Many district employees came in contact with her over the years and they all share stories about how she helped them and gave them opportunities.”

“When I think of the words integrity and compassion, I think of Nadine Kujawa,” Dr. Garcia said. “She was deeply dedicated to Aldine ISD as a student, graduate, teacher, administrator and in her leading role as superintendent of schools. Her devotion to Aldine students, staff and the community shone throughout her career. She is a remarkable example of benevolent and devoted leadership but also the model of a strong woman who led Aldine during a time dominated by male school leaders.

“Aldine ISD received the Broad Prize for Urban Education in 2009 and was a finalist for the award in 2004, 2005 and 2008. The district received a Magna Award in 1999 from the American School Board Journal for its “Benchmark Targets for Academic Achievement” program. Nadine Kujawa’s contributions to these achievements are unquestionable,” Dr. Garcia said.

“Her examples of caring, compassion and strength of character live as an inspiration to all of us,” she said. “She may not be defined by an extraordinary resume, as much as she is defined by the quality of her character and the deep relationships she built, nurtured and promoted. The guidance, which emanated from her kindheartedness, made those who knew her want to be and do our best. Many of us, co-workers, employees, parents and former students can testify to her enduring contributions and to the exceptional role model she was. Nadine’s dedication and humanity shone through in everything she did. Her commitment to her work, to her family, to her friends and especially to those she served will be greatly missed.”

“Mrs. Kujawa was a wonderful lady and a huge role model and mentor to me,” Ms. Avalos said. “She never hesitated to tell you what was best even when you didn’t want to hear it and she could do it with such calmness. She transformed the instructional program in Aldine that led to higher performance of our students so much that school districts in Texas took notice of us. My heart is broken and I will dearly miss her. The respect people had for her is unmatched.”

In February of 2008, the Aldine ISD Board of Trustees honored her for her 42 years of service to the district by naming the education center on Fallbrook Drive after her. The Nadine Kujawa Education Center consists of Kujawa Primary School and Kujawa Elementary School. Both campuses opened in 2008.