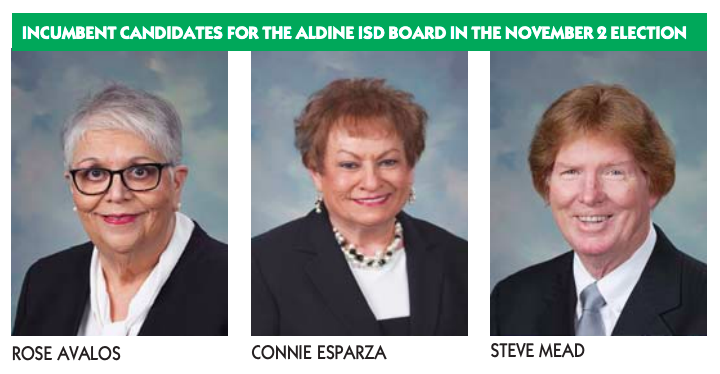 NORTHEAST – Voters in Aldine ISD went to the polls on Tuesday, Nov. 2 and returned incumbents Rose Avalos, Conception “Connie” Esparza and Steve Mead to their respective seats on the Aldine ISD Board of Education.

Aldine ISD’s school board election follows plurality rules and candidate with the most votes wins the election. There were 4,358 votes cast in the Position 3 race.

All three will be sworn in at the Nov. 16 Board meeting.