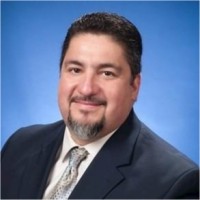 ALDINE – The East Aldine Management District is pleased to announce the promotion of longtime staff member Richard Cantu to the position of executive director.

He will oversee all operations and staff work of the District, including progress on economic development, public safety, commercial corridor maintenance, public art, the East Aldine Town Center and much more.

With deep ties to the people, businesses, institutions and government agencies in the East Aldine community, Cantu joined the district in 2008 as director of services. He has more than 28 years of experience as a public servant, having worked in management and executive level positions at the City of Houston (Parks and Recreation Department & Mayor’s Office), as director of the Houston Mayor’s Citizens’ Assistance Office and at BakerRipley. At the mayor’s office, Richard played an instrumental role in mobilizing critical resources during the response and aftermath of Tropical Storm Allison.

He serves as a Harris County School Trustee (elected countywide in November 2018), as well as president of the Aldine Education Foundation and board member of the Greens Bayou Coalition, the North Harris County Education Alliance (co-chair), Harris County Flood Control Task Force, and the Lone Star College Foundation. He is a graduate of Leadership North Houston, and the Citizens Police Academy of the Houston Police Department and the Harris County Sheriff’s Office.