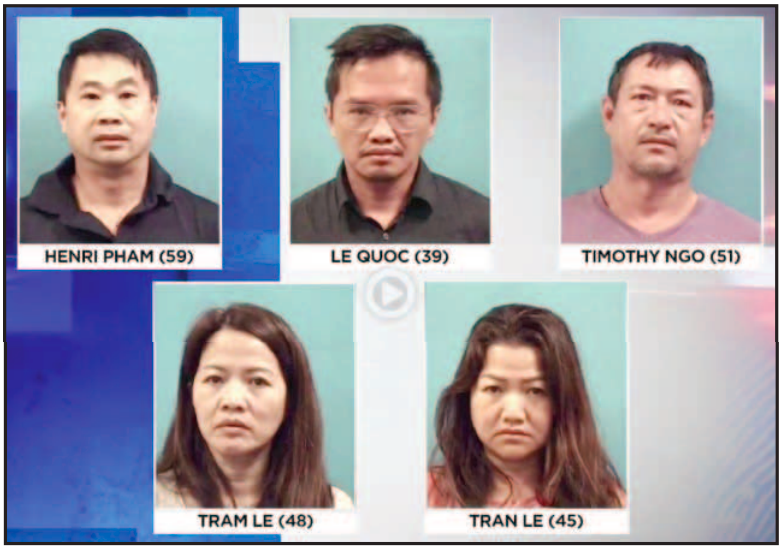 PEARLAND, Texas – Five people were arrested last week in a multiagency sting operation after a months-long investigation into a large-scale catalytic converter theft ring in the Pearland area, according to authorities. Investigators believe the suspects were involved in the same operation as two other men who were arrested and charged with murdering Aldine native and HCSO Deputy Darren Almendarez.

The Pearland Police Department, in cooperation with the Texas Department of Public Safety, the Brazoria County Sheriff’s Office, the Alvin Police Department, and Homeland Security Investigations (HSI) Houston, executed search warrants at three residences and three commercial properties as part of the investigation.

During the search, 17 pallets of catalytic converters and additional assets were found, authorities said.

During an investigation of the theft ring, investigators say they have reason to believe these five suspects were involved in the same operation as two other men who were arrested and charged with murdering HCSO Deputy Darren Almendarez back in March. According to investigators, Almendarez was shot and killed as he and his wife exited a grocery store located at 2929 FM 1960 at Aldine Westfield. Almendarez attempted to confront the suspects who appeared to be stealing his catalytic converter when they opened fire on the deputy.