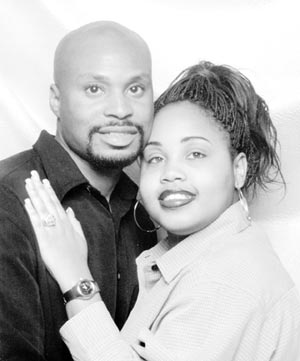 On October 20, 2001, they will unite at Our Mother of Mercy Catholic Church. The ceremony will be followed by a private reception at Bradys Landing.