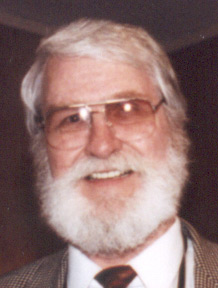 V.E. Vic Mauldin, founder and publisher of the Northeast News, passed away at his home on Tuesday, October 2.

Vic was born on March 6, 1928 in Austwell, Texas, the second of seven children of Floyd Asa and Theo Cuba Mauldin. He grew up in Bryan-College Station, enjoying the companionship of his four brothers, two sisters and numerous cousins.

He left school in 1946 to follow his older brother Floyd into the U.S. Navy where he served until honorably discharged in 1948.

Following his military service, he returned to Bryan where he began a life-long career in sales, working in many different fields, always with a great deal of success. Some of his fondest memories were of the time he spent with radio station WKLM in Wilmington, North Carolina. There, he was able to make full use of his talent for the theatrical, his buoyant public personality, and his boundless ability to turn even the most casual acquaintance into a life-long friend.

When he returned to Texas in 1965, he turned his talents to print media, working first at the Galveston Gazette and later (for 13 years) for Benson Publishing and the Northeast Sentinel.

In April 1977, he founded the Northeast News, which recently celebrated the anniversary of its 25th year of continuous publication.

Next to his children, Vic was most proud of the founding of the Northeast Houston Chamber of Commerce, in which he played a pivotal role, and the Northeast News. It was his lifes work and his only hobby, always his consuming passion. He cherished the friends he made in the community and sought always to make northeast Houston a better place to live, work and prosper.

For myself and all of Vics family and extended family, I would like to thank everyone in the community for their overwhelming expressions of sympathy and support.

The Northeast News will continue to serve the community he loved; he would want it no other way.
It will be impossible to fill the void left by his passing, but he would want us to go on and, with your continued support, we will.