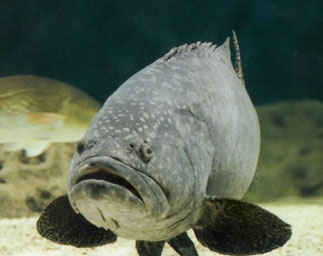 A couple of weeks ago, I journeyed the short distance down Highway 288 to Sea Center Texas in Lake Jackson for a meeting concerning the health and conditions of our fish populations in our coastal waters.

It was a fitting place to have such a meeting, considering that the establishing of the Sea Center has played a major roll in fishing conservation and fish stocking on our Gulf Coast. While I was there, the staff at Sea Center gave our group a tour of the facilities and provided us with a little history and a first hand look at the state-of-the-art hatchery complex. Due to the pioneering efforts at Sea Center, there has been a vast amount of knowledge gained about hatching, raising, and releasing saltwater gamefish in our bays and Gulf waters.

Sea Center Texas and Visitors Center is a one-of-a-kind saltwater marine fish hatchery. It is the worlds largest red drum hatchery used to produce larvae for stocking grow-out ponds and to conduct research on stressed fish populations from Texas waters. The hatchery currently maintains 36 acres of these ponds and has over 5 acres of interpreted marsh areas.

The idea for the hatchery was spawned through an unusual alliance. Dow Chemical Company, Gulf Coast Conservation Association (now called CCA), and Texas Parks and Wildlife joined forces with contributions of expertise, manpower, and dollars to establish the Sea Center. The goal was to concentrate on the conservation of our Gulf Coasts fishing resources.

As a result of concerned members of this dedicated alliance and volunteers, there are waterways teaming with fish and wildlife within the fences of Dow Texas Operations.

After years of work and planning, the $13 million Sea Center facility opened in 1996. The Center complex is located on 75 acres in the edge of the city and includes a 15,000 square foot Visitors Center housing numerous aquariums full of live fish and interesting educational displays of marine life of Texas bays and Gulf waters. Lining the walls of the Centers lobby are replicas of many of the game fish found in our waters. These range from the giant blue marlin and hammerhead shark to the dolphin, speckled trout, red snapper, flounder, and redfish.

In the mid-1980s, the red drum population along the Texas Gulf coast was in serious decline. In the beginning, the short-term strategy involved converting 14 acres of Dow property into four ponds. The single purpose was to develop a plan to slow the decline of one of Texas greatest game fish.

Since then, an estimated 50 million fingerling redfish have been raised in the ponds and released into selected bays and estuaries along the Gulf Coast. Studies show that more than 20% of all the redfish currently living along the Coast are those born in the coastal hatcheries like Sea Center Texas.

Inside the Visitors Center is a virtual reconstruction of coastal and Gulf environments along with their live inhabitants. Examples of a living salt marsh, a coastal bay, a man-made rock jetty, an artificial Gulf reef, and a section of the offshore Gulf with all their live occupants can be viewed through large, wall-size glass windows. It is a chance to see a living marsh and peer into an underwater world of saltwater creatures.

One of the star attractions in the offshore Gulf of Mexico aquarium is Gordon, the 250 lb. grouper. The 17-year-old Gordon leisurely flaps his fins from his position at the front of a 50,000-gallon tank and stares back at amazed children and other onlookers. In the same giant Gulf tank, red drum, blue runner, jack crevelle, red snapper, and other Gulf fish stay out of the way of the 4-8 sharks of different species slowly circling over a realistic crushed coral bottom.

A visit to the Sea Center Texas is a rare opportunity to educate yourself as well as the youngsters in your life about our coastal marine life. It is also a rare chance to get a close-up, underwater look at the numerous aquatic creatures that occupy our coastal waters.

Sea Center Texas remains a beacon of success and has taken the conservation of our Gulf Coasts fish and resources to another level of sustainability.

Admission to Sea Center Texas and Visitors Center is free. Reservations for group hatchery tours can be arranged. Call 979-292-0100.