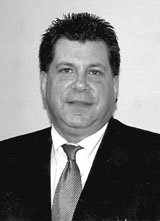 AUSTIN The 55 missing Democratic Legislators, including area Representative Kevin Bailey, returned Friday morning from Oklahomna to the State Capitol in Austin, amid cheers from a waiting crowd of supporters that numbered several hundred. They had basically won their procedural point by staying away until the redistricting bill they were adamantly opposed to expired at midnight Thursday.

However, it now remains to be seen whether this historical split between the parties and boycott will heal over, to the good of pending legislation, or whether rancor between the parties will make the rest of the session cantankerous and unproductive.

Texas House Democrats, fuming over what they call unfair treatment by the Republican leadership over redistricting chose to leave Texas last week in protest.

In a conversation with Democratic Rep. Dan Ellis by cell phone on Tuesday, the NORTHEAST NEWS has learned that beginning May 6 House Democratic leadership began formulating a plan to cripple the House by removing enough members so that a quorum could not be met.

Ellis said that on May 12 he, along with 52 other representatives, boarded a bus in Austin for parts unknown. Where the bus ended was Ardmore, Ok.

This was the last tool we had, said Ellis. I believe I acted in what was in the best interest of my constituents.

Among those who raised the ire of Democrats is State Rep. Joe Crabb. Crabb, a republican who is the chairman of the House Redistricting Committee. Crabb represents districts from Humble to Highlands, on the Northeast side of the County. Crabb has been accused by Democrats of going back on his promise to not take up the issue of redistricting unless ordered by the courts.

Calling the representatives Chicken Democrats or Chicken Ds Tom Craddick exercised his authority to compel the members back to Austin by asking department of public safety troopers and Texas Rangers for their assistance in locating the members.

Ellis said that this was the reason that they went to Oklahoma, so as to avoid the DPS.

Following the Speakers request, the DPS put out an alert through the media asking them public for help in locating the missing legislators, with a toll free hot-line available for tips from the public.

Republican leadership was quick to jump on the Democrats for leaving the state.

The action by these Democrats is cowardly and childish. Their behavior is analogous to the pouting child who doesnt like the way the game is going and stomps off the field, said Governor Rick Perry. In my nearly 20 years of public service, I have never seen such a blatant abdication of responsibility.

He added that in the 130 years in which the Democrats had control over the House, Republicans never resorted to this type of behavior.

Fellow Democrats have flocked to the side of their missing compatriots. U.S. Rep. Chris Bell (D-25), called the missing legislators men and women who stand up and fight for what they believe in and refuse to have a partisan agenda rammed down their throats.

Bell has attacked the House Republican leadership saying that if allowed to go unchecked, they would redraw the 25th District so that it reached the Rio Grande River.

Ellis said that if the Republican leadership were to remove redistricting from the table the members would be on that bus in 15 members back to Austin.

As it stands now, he said, they will likely not return until sometime Thursday, before the May 15 midnight deadline to take action on bills without forcing a Special Session.

Once back in Austin, certain members of the House may face criminal investigation stemming from the incident.

In her letter, Weddington said that enough of the members missing constituted a quorum of the House Committee on Pensions and Investments and the Land and Resource Management Committee. She further wrote that news reports have indicated that the group has been discussing legislative measures while at a Holiday Inn in Ardmore.

If true, she said, then they would have violated the proper posting requirements for a meeting.